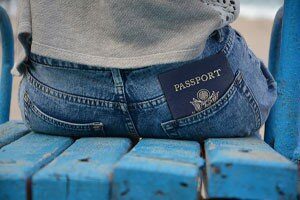 The Immigration Act 2014 imposed an obligation on landlords to carry out necessary checks to ensure they were renting to a person who has the Right to Rent in the UK and the consequence of non-compliance was a penalty notice of up to £3,000.

However, since 1 December 2016, it is also a criminal offence to rent to a person who does not have the Right to Rent, a landlord who does so could face imprisonment of a term not exceeding 5 years, a fine or both.

Notice under section 8 of the Housing Act 1988

A mandatory ground for possession of the property has been inserted to schedule 2 of the Housing Act 1988 is ground 7B which a landlord can rely on where the landlord(s) has received notice from the Secretary of State notifying them that 1 or more of the occupiers in the property are unlawfully residing in the UK.

Where the Secretary of State has given notice to the landlord(s) identifying all occupiers (if there are more than one) in the property are disqualified from renting in the UK, the landlord may serve a Notice to Quit in the prescribed form giving no less than 28 day’s notice to vacate the let property.

In this case, the Notice to Quit would be treated as if it were a High Court order and can be enforced with the need for a possession order.

It is important to carry the necessary checks on prospective tenants before granting a tenancy agreement to ensure you are renting to persons who have the Right to Rent. You can find more about the Right to Rent on our website.

If the above does not comply with a contravention of section 22 (of The Act) will have been committed in which a penalty notice of an amount up to £3,000 may be served upon the landlord.

Where there is a superior landlord or agent in relation to the tenancy who agrees in writing to carry out the landlord’s statutory obligations, that agent will be responsible for failure to comply with The Act which would result in a penalty notice being served upon the agent.

List A (Group 1): Documents named in this section permit the holder permanent right to rent in the UK.

List B: Documents named in this section permits the holder to a time-limited right to rent in the UK.

Legislation that came into force on 1 February 2016 requires landlords and even agents in certain circumstances to ensure carry out necessary checks to ensure they are renting to a person who has the “Right to Rent”.

The consequence of contravening this law was a civil penalty of up to £3,000. By virtue of new provisions which came into force on 2 December 2016 under the Immigration Act 2016, landlords and agents can be imprisoned for up to 5 years and or fined for contravening such laws.

The fine is no longer an amount up to £3,000 but is now an unlimited amount. It is now an implied term that a landlord may terminate a residential tenancy agreement where the premises is occupied by an adult who does not have the right to rent.

The notice is to be enforceable as it were an order of the High Court. It is imperative all landlords and agents are aware of how to determine if a person has the Right to Rent.

Is Bitcoin About to Crash?

Keeping the Lights On in Commercial Property