Landlords Association Recent Landlord News Is Bitcoin About to Crash? 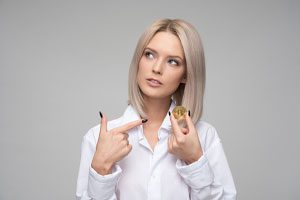 Bitcoin the digital currency is a highly volatile cryptocurrency as an investment or even to park your money in 2021. Bitcoins track record is a story of “boom and bust”, an ever-changing cycle. The price soars and then crashes back to earth with a thud.

Some would say it has already crashed. However, it could decline much further!

Global Financial markets are keenly looking at digital currency as it also impacts other institutional investors and securities. They in turn can affect pensions and other important aspects of the wider economy.

Bank of England is concerned about the development of digital assets including virtual currency. The Cryptocurrency market capitalization is a huge concern for all central banks.

The warning from the Bank of England ‘should be prepared to lose all their money,’ top UK regulator warns.

When Cryptocurrencies prices rise rapidly, typically, this an indicator that the market is inching towards a crash. If not a crash, then at least a correction may be on the cards. It would seem this is the situation with Bitcoin now.

Bitcoin was surging ahead, hitting an all-time high in April of this year.

However, the Cryptocurrencies, including the top star performers Bitcoin, Ethereum, Binance & Cardano, took a tumble overnight. This was widely thought because Mr Elon Musk comments that Tesla will not accept bitcoin anymore due to concerns about using fossil fuels.

On the 12 of May 2021, Bitcoin climbed to more than £40,000. However, in a matter of hours, Bitcoin, and other Cryptocurrencies like Ethereum, Binance & Cardano came tumbling down rapidly. Bitcoin dropped 15% to £34,000. This is a demonstration of how volatile crypto currencies can be.

To say bitcoin is in a bull market is an understatement, to say the least. It took Bitcoin 11 years since it was launched to reach $20,000 per coin. However, only three weeks later, Bitcoin’s price doubled. This should have been a warning sign for investors!

Cryptocurrencies are notoriously volatile. Add the mixture of market exchange manipulation things said and done. The volatility is breathtaking. Driven by greed, prayer, and aspiration. Bitcoins recent rise to which it flew up to 700% over the past 12 months. The big question is, Bitcoin or the other Cryptocurrencies are they reliable investment?

Warning drums are already sounding for those who want to listen.

The Indian government is drawing plans to introduce legislation to outlaw Bitcoin and other cryptocurrencies.

Global currencies like cryptocurrencies threaten to end the monopoly of governments and central banks very function.

The tools open to central banks to control the economy like interest rates and QE will fail to work as cryptocurrencies gather pace. The Crypto currency has no intrinsic value beyond the perception that it has value and its own predetermined scarcity.

The Bank of England has already warned of the intrinsic value of Bitcoin and other cryptocurrencies. The warning may sound lukewarm, and so many carry on as usual and hope all will be ok!

Central banks, know hundreds of billions of money, is invested in these currencies from the working class as well as the big players.

Central banks with wisdom do not want the market to crash, so a subtle warning it should be and was.

cryptocurrency offer complete anonymity and freedom, which are the 2 things governments dislike. The Irish cannabis drug dealer is a typical case where all the proceeds were used to purchase Bitcoin. Only to lose the Bitcoin codes which were worth £45 million. See the link below to read the full article.

Cryptocurrency is an extreme financial and emotional democracy. It is set to fail in its current present. The technology platforms, like blockchain, will become standard, and governments are likely to adopt them. Still, Cryptocurrency, as we know it today, will stand no chance against fiat currencies.

Fiat currency is based on solid trust in the authority that issues it. On the other hand, Bitcoin is built on a fascinating and misanthropic.

So, given that we humans cannot be trusted, how can a network of computers confirm that a transaction is honest & fair?

What is the best time to buy Bitcoin or Ethereum?

The best time to buy Bitcoin isn’t anytime you want to buy it. If you doubt this, you can ask anyone who may have bought bitcoin in late 2017. They had to patiently wait for three years before they could break even.

According to several analyses on average daily bitcoin prices. It would seem Sunday and Monday are the best days to buy BTC.

The reason for this is that prices tend to be at their lowest in those days.

However, many do wonder if there is a ‘best time of the day to buy bitcoin in the UK. Should I buy in the morning, afternoon, or evening hours? Can I make more profit by buying bitcoin on certain days of the week?

Now that we know the possible benefits of timing bitcoin buys let’s consider how one can make the most of the opportunity.

When should I sell by Bitcoin or Ethereum?

From the bottom of last March, the S&P 500 went on to have its most significant price gains since 1950, rising nearly 75%.

Those gains seem paltry by comparison when looking at several individual stocks or cryptocurrencies.

These are extraordinary long-term gains for any investor. Still, the fact that they have occurred in such a brief period makes it difficult for investors to figure out what to do next.

Do you take profits off the table? Let your winnings rise in hopes of even more significant gains in the future? Try to pick the next big winner?

Unfortunately, there are no easy answers because the future is unknowable. Obviously, sitting on huge gains is a good problem to have as an investor. Still, it can be a problem if you don’t have a plan to guide your actions.

Here are five questions investors can ask themselves to figure out what to do next after seeing enormous profits in a single holding instead of a crystal ball.

Which Cryptocurrency is best to invest in now?

Timing is crucial; now, the market is extremely volatile. Do not invest any money unless you can afford to lose all your investment.

however, if you are going to invest, consider buying the main currencies below, but to do so with extreme caution:

How to buy Bitcoin or Ethereum?

The procedure to buy Bitcoin, Ethereum for that matter, any of the Crypto Currencies is very simple:

Who is responsible for the Bitcoin cryptocurrency crash?

The reason for the crash is not anyone factor. The Crypto was already reaching the sky partly because of hope and aspiration it would keep flying up.

However, when Elon Musk announced that Tesla has suspended vehicle purchases using bitcoin, this resulted in the Cryptocurrency tumbling.

The unexpected news comes after Mr Musk, who has been a leading advocate for Cryptocurrency. In March, the chief executive tweeted in the middle of the night US time:

“You can now buy a Tesla with Bitcoin.”

He clarifies that Tesla would keep the money received as Cryptocurrency rather than convert it into a fiat currency such as dollars. This probably sent the value of Bitcoin on an abrupt climb upwards.

The Independent has reached out to the agency for comment.

Mr Musk tweeted in August that year that he was considering taking Tesla private at $420 per share.

3 years later, it was reported he was under investigation by regulators over his posts about dogecoin – a fringe cryptocurrency that also rose (and dropped) in value and which has been slammed for similar environmental drawbacks as bitcoin.

Last words on the matter: The Bank of England had warned that Cryptocurrency had “no intrinsic value”, adding that people should “buy [cryptocurrency] only if you’re prepared to lose all your money.”

The report on CBDCs comes as various central banks around the world consider their own respective digital currencies.

Central Banks have draughted a framework for how such a system could work. The Bank for International Settlements and 7 central banks like the Federal Reserve, European Central Bank and the Bank of England published a report setting out some key requirements for central bank digital currencies.

Shall I invest in Property Investment or Bitcoin/Cryptocurrency?

We may be surprised by the number of landlords who have invested in cryptocurrency. Although we have no official figures, the data is from our members and other sources like Landlord Advice UK. Landlord Advice UK specialises in eviction nationally.

When landlords are regaining vacant possession of their property, they sometimes make their intention known.

According to the feedback we have, some landlords, albeit a few, are no longer looking to re-let and want to invest in Bitcoin. If these particular landlords did what they have said, that is another matter.

The potential profit one may be able to make is tempting, albeit very risky.

Keeping the Lights On in Commercial Property

My landlord is turning up without notice – What can I do?