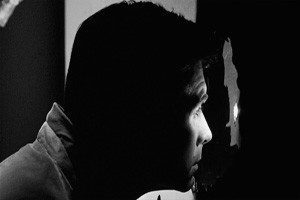 Paul Dunster, 59, from Portsmouth in Hampshire, would also watch his tenants showering and made films of his unsuspecting victims over 10 years.

A pervert landlord watched his tenants having sex and showering after planting hidden cameras in their rooms. A court Paul Dunster, 59, made a staggering 183 videos of unsuspecting naked women who rented rooms from him over 10 years to ‘satisfy his sexual needs.

A judge told him it was a “sad” and “disgusting” story.

He initially denied two charges of voyeurism but later admitted making the secret videos after setting up cameras in the bedroom and bathroom of one of the properties he rented out.

“Those videos lasted a total of 20 minutes, but none of the tenants was aware of the camera.

“The second memory card was taken from the bathroom and showed women having baths and showers – women who were also totally unaware they were filmed.

“There was significant planning to this, and it was an abuse of trust as the women were tenants.” The court heard army veteran Dunster was the landlord of seven flats and had total outstanding mortgages of £870,000.

Daniel Reilly, mitigating, told the hearing: “Many residents are extremely grateful he lets them rent rooms the way he does.” Sentencing Dunster, Judge David Melville QC said: “The residents would have been disgusted to know you had a camera set up in the bedroom to film people having sex.

“I’m sure people would also have been disgusted to know you set up a camera in the bathroom to satisfy your sexual needs.

“It is a sad story and one which is disgusting.” Dunster was ordered to pay a £5,000 fine plus £500 in costs and was given 100 hours of unpaid work with 20 rehabilitation days.

In the last 2 years, we have seen an increase in “Sex for rent” where landlords offer accommodation in return for sexual favours. This practice has coined the phrase “Sex for rent”. Several landlords in the UK have been caught in the act offering such services.

Some times the victims are the most vulnerable in our society who need protection from such preditors. Local councils are made aware of some of these practices. They take positive steps whenever accommodation in exchange for sex is reported. This situation degrades young ladies to prostitution for gain.

The landlords who offer sex for rent own property which they live in as resident landlords. It is rare professional landlords will entertain a rogue landlord behaviour.

How to Succeed to a council tenancy & Who do I tell when a tenant dies?