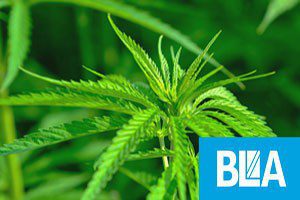 Landlord faces a hefty bill for repairs after a cannabis farm

Nottinghamshire landlord faces a hefty bill for repairs after a cannabis farm was set up in the let property.

A gas engineer was called to change the meter in a property in Nottinghamshire.

The safe gas engineer discovered the cannabis farm. The engineer smelt a strong smell of drugs from Blidworth house.

The gas engineer, as a high priority, then immediately called Nottinghamshire Police.

An electrical engineer who attended the property later confirmed that the electric meter had been dangerously hot-wired illegally.

The property had holes in the ceilings, and extensive water damage also caused damage to the carpets.

When Mr Machacha appeared at Nottingham Crown Court on Wednesday, 24 February 2021. He was handed a two-year prison sentence, which is suspended for two years,

Detective Constable Christine Hewlett of Nottingham police said: “We work on intelligence and information from the local community, and we act on anything we receive; in this incident, the gas engineer called the police straight away having smelt the drugs.

“We are dedicated to interrupting drug supply across Nottinghamshire; it preys on vulnerable people, fuels crime and causes a nuisance to those who live nearby.

“We also found that the electricity had been bypassed at the premises; this can put not only the offender’s lives at risk with illegal and unsafe tampering of the electricity supply but also their neighbours.

“The premises were made safe by Western Power before officers could dismantle and remove the plants.

“Drugs can have a devastating impact on people’s lives and the community as a whole.

“I’d like to reassure the local Blidworth community that we are determined to do all we can to disrupt this type of activity and to keep them safe.” He said.

Cannabis farms are notorious for causing extensive damage, the offender has no regard for the property or the safety of others. Landlords should look out for telltale signs like:

How to protect yourself from cannabis farmers?

Last few years we have seen new legislation brought in which places a number of obligations on landlords with regard to their tenants. These include:-

It is important that landlords are able to ascertain that potential renters are legally living in the UK and allowed to reside. The potential for unlimited fines and a custodial sentence if the relevant checks and paperwork and not pursued.

Always obtain references and check the references to ensure they are not forged.

It is crucial that you obtain a photo ID when looking at a potential new tenant.

It is very important to carry out credit checks on all prospective tenants.

You can check our other blog on a cannabis farm.

The British Landlords Association is a free national landlords association, why not join us today for free?