Landlords Association Recent Landlord News Is our housing market about to crash? 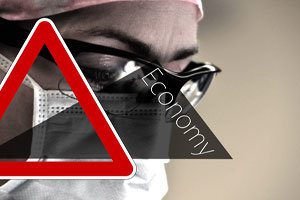 Will Our Housing Market Crash 2022?

Until very recently, the UK housing market was at its strongest before the EU referendum with COVID-19 and now the Ukraine war UK economy is struggling.

Ukraine Russia news is showing alarming new developments as the war in Ukraine intensifies. Ukraine invasion is pushing some world economies to the brink of collapse like Sri Lanka.

It is good to be optimistic; however, we must not delude ourselves into the reality of a pending financial crisis due to the Ukraine war & Covid-19.

Few commentators, nevertheless, are making upbeat predictions for our housing market performance for the next 12 months. They argue a housing bubble or government debt is not a problem, and a house price crash is not on the horizon.

A London Estate agent, Sajid, explained: “Housing demand is high as Bank of England data has revealed for the past 12 months. Low-interest rates, stamp duty holiday and mortgage holiday” Average prices of the property have shot up.

” “All property values have gone up, but it is due to those who wanted to move but couldn’t due to the coronavirus”. On the other hand, you have some Londoners who are moving out of London to the countryside, reducing the risk of COVID-19.

Things are getting worse and not better

After several months of living with COVID-19, we are now seeing a clearer picture of the impact COVID-19 has had on house prices.

The stamp duty holiday, Mortgage Holidays, significantly lower mortgage rates, and not to forget the job retention scheme are all important factors creating a property bubble.

We are seeing a housing bubble as demand for mortgages increases leading to even higher house sale prices.

From March 15, 2021, approximately 11.4 million jobs were furloughed as part of the UK government’s job retention scheme.

As furlough, grants, stamp duty and mortgage holidays are withdrawn, the housing market could fluctuate in the months ahead.

There are signs that the initial rush caused by the stamp duty break is beginning to cool, and it would seem the fiscal stimulus is not likely to support the property market past the 4th quarter of this year.

The Land Registry’s UK House Price Index is a reliable barometer for property prices based on sold residential properties. It works on a two-month lag, so the latest available figures are for December.

This might not last as the steam runs out of the broader economy. Experts believe the market (including house price growth) is likely to slow down once the government’s COVID-19 financial support to businesses, employers, employees, and the stamp duty cut comes to an end.

Halifax says our housing market will eventually feel the effects of the economic downturn, with” greater downward pressure on house prices in the medium-term.

The Nationwide opinion is that the winding down of government support schemes could” dampen housing activity.” The Centre for Economics and Business Research (CEBR) predicts house prices could fall by 14% in 2021.

If we look at the broader picture now, things are getting worse and not better.

Many countries are already predicting a downturn in their housing market. At the bottom of this page, I have placed links to articles for 4 significant economies as a reference point.

If we study the previous UK real estate bubble and the housing market crashes that followed. We may get an idea of how serious the current crisis could get.

A 2020 housing market crash could be the worst market correction ever seen in the UK, according to Mr Richard Woolnough.

Mr Woolnough, a bond manager at M&G’s, believes house prices went up significantly ahead of the downturn. There is a chance they could decline to record lows, worse than seen in previous housing market crashes.

Mr Woolnough said: “History suggests that when the UK housing market crashes. It tends to fall about 25%-30% from peak to trough in real terms, but given that UK house prices rose about 270% from 1995 to end of 2007, there is a risk that this crash could be worse”.

Many commercial and residential landlords are wondering, Is our housing market about to crash? 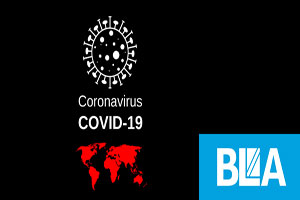 The IMF said last autumn that UK house prices were 50% above where models suggested they should be, although the IMF revised that and reduced that to 30%.

Nobody knows how far prices could fall, as there is a considerable margin for error on long-term economic predictions.

I believe this projection is likely to worsen because the banks are becoming increasingly reluctant to lend. This means mortgage approvals, and therefore house prices, could fall much further, he said.

Recent data reveals that properties in London remain the most expensive at an average of £477,000, compared to the average of £247,000 in England.

The global pandemic shattered the US economy across the pond, which suffered its most significant blow since the Great Depression in the second quarter. The real estate bubble caused by the steep rise in the US housing price will mean a more considerable fall when it comes.

Coronavirus looks to slam the breaks on growth

Mr Sajjad Ahmad, the CEO of the British Landlords Association, said: “The financial turmoil of the early 90s and Lehman Brothers are ones I remember well. The property crash of the early 90s, where we were kicked out of the ERM, is etched in my memory”.

“The Chancellor urgently needs to do some clever quantitative easing, to be micro-targeted, for us to stand any chance of avoiding a major housing market crash”.

He added: “US politicians have been debating giving up to $1000, to $2000 to every adult. This may sound radical, but it highlights the seriousness of our predicament. This Covid-19 disaster is global; the results may be akin to the great depression of 1929 if our politicians do not act quickly.” he said.

COVID-19 has caused an unusual situation that has impacted residential and commercial landlords alike.

Commercial landlords in the main have been isolated from the previous property crashes. However, this time with the COVID-19 pandemic, commercial property owners have been hit hard as tenants default on rent payments.

The central bank’s not just the Bank of England but all major central banks are very concerned about the debt looming debt crisis.

The coronavirus Pandemic is still not over, with the Delta variant and now the latest variant Omicron central banks are at a loss on how to set any banking policy.

Some major UK lenders are already factoring in a housing market crash. In a message sent to mortgage brokers this morning, Halifax said it would no longer offer any mortgages with a “loan-to-value” (LTV) of more than 60%. This means, that only buyers who can provide a 40% deposit will qualify for a mortgage.

The failure of Lehman Brothers left $700bn (£538bn) of liabilities, which created a seismic shock to the global financial system. The money markets worldwide froze, and banks and companies in the developed economies suddenly found they could not borrow money to operate.

The US Federal Reserve, Chairman Ben Bernanke, called it “the worst financial crisis in global history”.

Central banks were compelled to lend to banks on an enormous scale to prevent a wave of financial sector bankruptcies of institutions even bigger than Lehman Brothers.

Such a general collapse would have meant, all around the world, wages not being paid, cash machines not operating, panic and civil upheaval.

Gordon Brown’s private concern at the time was, “If you can’t buy food or petrol, or medicine for your kids. People will just start breaking the windows and helping themselves it’ll be anarchy”.

Like the RBS group, some of our banks were eventually bailed out, with unprecedented volumes of taxpayer money to restore confidence to the financial markets.

The UK recession of 1991, in a nutshell, was due to high-interest rates, falling house prices and an overvalued exchange rate.

Membership in the Exchange Rate Mechanism (EMR) from 1990 to 1992 was a fundamental factor in keeping interest rates much higher than was prudent.

The ERM caused a real estate market crash where some saw a near 50% average price dip in the value of their home.

It is a period of falling house prices when there is a decline in demand for buying houses, and more people are trying to sell houses.

The main reasons for a housing market crash include:

A rise in interest rates This is unlikely as we are likely to face a worldwide depression. However, historically a rise in rates will increase the cost of mortgage payments and make buying a house less affordable.

If homeowners take out fixed-rate mortgages, they may be insulated from interest rate rises for 2-5 years, depending on the mortgage term.

In the UK, we have seen rising interest rates in the late 1980s and 2005-07, which caused a sharp rise in mortgage payments as % of income.

In both 1991 and 2007, the UK experienced a housing crash after a peak in mortgage payments.

House price to earnings This is a significant concern right now. One major factor determining the underlying affordability of housing is the ratio of house prices to incomes.

A good indicator of a housing market crash is a rise in the ratio of house price to average earnings.

People spend more on housing cost than on living costs. Rather than having unacceptable savings, the population uses credit cards, leading to a higher spiral of debt.

What Countries will be affected by a drop in house prices?

The countries that are going to be most affected by the looming debt crisis are the ones that have seen a rapid increase in property prices in a very short period.

Many pundits thought we would see a property crash in 2021 due to several factors the pre-pandemic level overvalued real estate market, private sector and public sector debt.

With the coronavirus pandemic and the various variants causing uncertainty, most economists believe that we are very likely to see a property market crash in several countries in 2022.

If Rishi Sunak does some clever financial engineering it may at best stave off a property crash in 2022. This means the debt bubble grows even bigger.

Join the British Landlords Association, membership is only £69.95 for a 1-year membership. Free direct access to a lawyer when you need advice and free documents well as about 40 products and services. Join now!

The great depression of 1929