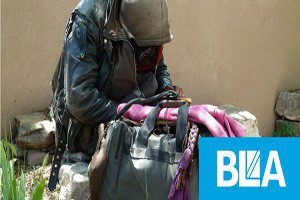 The Government has introduced as widely expected a further extension of eviction restriction for at least six weeks until 21st February. The Ban the Government has said will be reviewed as and when required.

However, landlords will still be able to enforce court possession orders if their tenants are more than six months in arrears. This is irrespective of when the arrears starting to accrue.

Housing secretary Robert Jenrick has announced that the current ban on bailiff evictions, which was due to end on Monday, is to be extended for six weeks until February 21st.

“We are extending the ban on bailiff evictions – helping to protect the most vulnerable renters,” says housing secretary Robert Jenrick.

The exceptions to eviction that still remain in place includes:

The British Landlords Association CEO said: “We anticipated the Government would extend the restriction on evictions. The Government is well aware most residential landlords will not be able to recover rent arrears. We have called on the Government and again ask for the Government to provide financial support for landlords.” He said.

Dr William Masih, one of The British Landlords Association’s directors, said: “We have 2 members who are homeless on the streets. We have 193 members who are homeless and sofa surfing. The term “Homeless landlords” seems a strange term, but we live in strange times. We call on the Government to Act now and provide financial support for landlords who are struggling financially.”

He added: “It is not uncommon for a landlord to lose their job and unable to service the mortgage to their home and also have a tenant who has not paid for several months”.

From November 2020 bailiffs in England and Wales have only been able to execute possession orders in limited circumstances.

This announcement is no bombshell, it has been widely expected by the PRS since the new national COVID-19 lockdown on Monday.

If you are not a member of the British Landlords Association, why not join us for free!

Landlord Insurance – Do I need malicious damage cover or not?