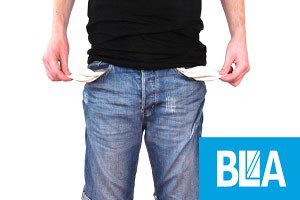 The government has set out details of its new Debt Respite Scheme – also known as Breathing Space – which comes into effect in May.

This is intended for tenants and other debtors who have a ‘problem debt’, giving them the right to legal protections from being chased up by creditors.

This new proposed legislation will protect tenants from landlords and letting agents chasing them for rent arrears.

The Gov. UK website has published the details of the two strands of breathing space protection:

The standard breathing space protection is available to any individual with problem debt. It gives them legal protections from creditor action for up to 60 days.

The government guidance says: “The protections include pausing most enforcement action and contact from creditors and freezing most interest and charges on their debts”.

Debtors will be able to access this standard breathing space – which the government states “is not a payment holiday”.

Debtors will only be able to use an approved debt adviser registered with the Financial Conduct Authority. Alternatively through there council, if they offer this kind of advice to its residents.

A debtor who applies for such a ‘space’ can get no more than once a year.

The British Landlords Association is a free national landlords association, why not join us today for free!