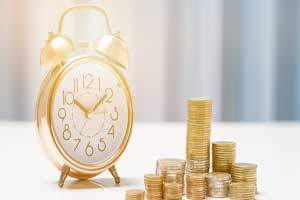 An Irish drug dealer, Mr Clifton Collins, has lost his £46 million Bitcoin fortune, in an unusual set of circumstances. Mr Collins is currently in prison, serving a prison sentence.

Mr Collins is said to be initially from Crumlin, a working-class district of Dublin.

He worked as a security guard and a beekeeper. He then set up cannabis farms from around 2005.

He used various rented properties around Ireland, including a house in Galway, to set up cannabis farms. Cannabis was grown, packaged and sold in Dublin.

He then used the funds from the cannabis farms to buy 6,000 bitcoin in late 2011 and early 2012 when the fledgeling cryptocurrency value hovered around $5.

With wild swings of highs and lows, bitcoin value rocketed. Bitcoin is currently worth $9,673.

He then decided to conceal the bitcoin codes inside the aluminium cap of a fishing rod case, so far so good – this fishing rod case was at Mr Collins home Farnaught, Cornamona, County Galway, a property he was renting.

Mr Collins was given a five-year sentence after Irish police stopped him in possession of £1,500 worth of cannabis.

While he was serving his prison sentence, his ex-landlord cleared his contents from the property. The contents removed, were presumed rubbish. The waste was disposed of at the local refuse tip. The bitcoin codes are said to be lost, maybe incinerated or on there way to China.

Mr Collins told the police, he considers the loss punishment for his stupidity and has come to terms with it.

The Dublin’s high court has ruled, Mr Collins had forfeited bitcoins, because they were the proceeds of crime.

The £46 million fortune is lost because of three things that happened:

The bitcoin codes with a tag value of £46 million are now missing, which means the bitcoin accounts cannot be accessed.

Irish Times, who first reported the story which said; workers at the local refuse tip told the Irish police, they remembered seeing a discarded fishing rod case. They informed the police the waste from the landfill goes to Germany and China to be incinerated.

According to the Irish Times, the police believe Mr Collins has genuinely lost the codes.

The Irish state is keen to find the codes so they can cash in on the £46 million. The Irish Criminal Assets Bureau were delighted when they thought they had hit the jackpot upon confiscating the bitcoin accounts. The CAB said; “The mnemonic key for the bitcoin is unable to be accessed at this stage,” said a police spokesman. Authorities hope they may someday gain access.

Mrs Helen Cartwright from the British Landlords Association, said; “When a let property is used as a Cannabis farm, considerable damage is caused to the property. Landlords need to be aware of how to identify a cannabis farm”.

80% of cannabis smoked in the UK today, is homegrown. So for a landlord, what are the telltale signs of a cannabis farm?

Heat – lots of lights are required to grow cannabis which also gives of heat. Growing cannabis in the loft would be the one with no snow on the roof in winter. Cannabis farmers have got smarter and now use, internal tents to contain heat, to avoid giving off heat signals. The tents make cannabis farms harder for police to spot using their infra-red cameras from helicopters.

Ventilation – Cannabis farmers need to ventilate the cannabis plants with extractor fans, which emit a low hum. If you are living next door to a cannabis farm, you might hear a humming noise.

Security – cannabis farmers live in a paranoid world; they never know if they are going to be robbed or attacked by other gangs or raided by the police. They know their door could be kicked in, anytime. If you see over the top security like Fort Knox, then that is one of the possible signs for a cannabis farm. Security, like window bars and CCTV camera’s, is typical for properties, that are used as cannabis farms.

Activity – most cannabis farms are not lived in, by the grower. Watch out for signs like, a neglected front garden, or a tenant that never leaves out any bin bags on a refuse collection day.