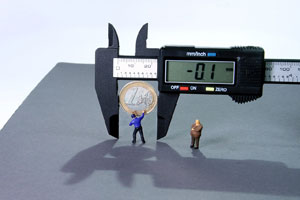 Under the recent impact of the global financial crisis, the UK base interest rate fell to its lowest level for over 300 years. This is due partly due to the economy being depressed low interest rates help stimulate the economy.

The Ukraine war, high energy prices and the rapid increase in inflation in the UK and worldwide have meant a rate rise in the current interest rates.

What is an interest rate?

Interest rates are what you pay for borrowing money and what banks pay you to save money with them.

The interest rate is shown as a percentage of money borrowed or saved for a relevant period. By way of example, if you put £1,000 into a bank savings account with a 1% interest rate, the amount you would have is £1,010 in a year.

What is Bank Rate?

The “Bank Rate” is the most critical interest rate in the UK, as the graph below demonstrates. It is commonly also known as the (BOE) Bank of England ‘the interest rate’.

In the UK, the Monetary Policy Committee (MPC) of the Bank of England set the benchmark interest rate.

Central Banks’ deposit interest is so low investors can no longer rely on their bank account saving as a source of income.

The good old days have gone when your money in the bank may have been sufficient income to live on.

The bank rate for many developed economies is virtually zero as the cost of borrowing falls in an attempt by the central banks to stimulate their economies.

The masses are not saving as you can get better returns elsewhere than your money sitting in a bank account.

Many banks are now charging a fee to customers just to have a savings account. We are encroaching on negative interest territory. Negative rates are here to stay.

The way to get an economy going is to increase spending, so we have economic growth,

Under the recent impact of the global financial crisis, the UK base interest rate fell to its lowest level for over 300 years.

With COVID-19, as world economies falter and people’s income is diminished, governments lower interest charges on money banks have loaned.

Source: Bank of England – 300-year History Negative interest rates The Bank of England policymakers recently said that the domestic economic data was slightly stronger than expected in August of 2020.

However, the UK economy is in a state of profound uncertainty due to the coronavirus pandemic with the aggravating factor of Brexit.

All this means we are open to negative interest rates and even more QE.

This means instead of earning interest on the money in our bank accounts, we will have to pay for our money to be in the bank, how times have changed! 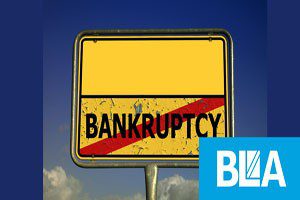 Black Wednesday is a day many will remember well, September 1992 The UK’s withdrawal from the European Exchange Rate Mechanism (ERM) on 16th September 1992. This was the dreadful day when the base interest rate shot up from 10 per cent to 12% by 10.30 on the same day.

Historically, the UK’s lowest interest rate has ever been seen, as the graph shows.

How does the base rate affect landlords?

This depends on if the base rate is going up or down. Due to the ERM, the interest rates shot up, which led to the property prices going down considerably.

However, generally on the flip side, if the base rate goes down. This tends to help the house prices and the economy as a whole.

What are negative interest rates?

A negative base rate means UK banks must pay to keep money on deposit, and it is designed to discourage them from doing this.

Bank customers, too, must pay to hold a bank account, which most of us have experienced.

What is the Bank of England base rate?

The base rate is the interest rate that other high street banks and lenders pay when borrowing from the Bank of England.

When is the next Bank of England base rate meeting?

The (MPC) Monetary Policy Committee meets approximately every 6 weeks to discuss if the base rate should go up or down. Time of crisis, they can meet sooner if required.

When does the BoE base rate change?

The Bank of England can change the base rate if required at the Monetary Policy Committee (MPC) meetings.

It is difficult to predict precisely when the Bank of England will change the interest rate.

What is the current base rate?

It dropped from 0.25% to 0.1% to help control the economic shock of coronavirus.

How does the base rate affect mortgages?

The UK base rate impacts mortgage interest rates directly. They are essential for anyone who has a mortgage or thinking of getting one.

What Have Mortgage Interest Rates Been in the Past?

The Base Rates have not risen in 10 years due to the weakness in the global financial markets.

The highest UK base rate was 17% in the late 70s when rising wages and oil prices were caused by a surge in inflation.

With the Ukraine war, high energy prices have pushed inflation up which in turn has forced the central banks to increase the bank rate.

Building societies and banks have increased the monthly payments of households who have mortgages. The monthly repayment has gone up for all borrowers save for those with fixed-rate mortgages.

When the central banks like the Bank of England increase or decrease interest rates the mortgage rates are directly affected.

Wars can adversely make a difference to the rates banks charge on interest. As items especially energy gets more expensive central banks to hike rates to ward off inflation. A classic example is a war in Ukraine. Russian oil is currently under sanctions so the world supply of oil & gas supply is limited.

The Central Bank of Russia raised the rate from 9.5% after the rouble dipped 30% after western sanctions. The Russian Ruble then eased back to about 20% down.

The collapse in value erodes the currency’s buying power and could wipe out the savings of Russians.

Amid pictures at the weekend of queues at cash machines, Russia said it had the resources to ride out sanctions.

President Vladimir Putin responded to the sanctions with an order barring citizens from transferring money outside of Russia, including for debt payments. Moscow’s stock market, which saw heavy losses as investors sold, is to be closed for the 3rd week.

Are my bank savings safe?

The Financial Services Compensation Scheme, also known as (FSCS), offers protection for up to £85,000.

How do sharia bank accounts work?

Sharia Banks will partake in the ‘expected profit’ rates, which does mean returns may vary. There is no record of any UK sharia bank that has failed to pay the agreed rate.

Banks operating under the Sharia principle are also protected by up to £85,000 per person, just like most UK-based banks.

You are not required to be a Muslim to operate a Sharia bank account; they are open to any faith.

The British Landlords Association is a free national landlords association for residential & commercial landlords. Join us today for free!

The British Landlords Association is a free national association for all UK landlords, join us today for Free!

Is the UK housing market on the brink of collapse?