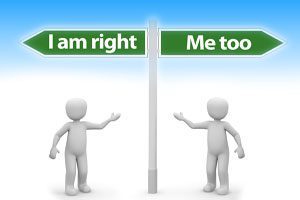 A surge in complaints against letting agents

There has been a rise in formal complaints lodged against agents, a spike of 20% to The Property Ombudsman (TPO).

Formal complaints about letting agents, 67% were supported by the Ombudsman: landlords made 50% of these complaints.

Despite a steep increase in complaints, monetary compensation made by agents to consumers rose by a mere 1.4%.

The main causes of complaints about sales agents were:

For letting agents, the main complaints were:

COVID-19 letting agent and landlord relationship The relationship between landlords & agents, even those that were once friendly have been tested during the COVID-19 period.

With some tenants failing to pay rent, this has strained the relationship between landlord and agent.

An increasing number of landlords have complained, that their letting agent has received rents but are failing to pass the rent to them.

This reminds me of a large national retail chain CEO saying he was not going to pay any rent for at least the next few months. He went on to say its simple economics, to pay my staff or the rent, it is essential to retain my staff.

Under COVID-19, letting agents and landlords alike are feeling the financial squeeze. It would seem some letting agents under economic challenging times too are opting to pay their staff rather than the landlord.

Overview of complaints against letting agents

Not that long ago, letting agents were able to operate without membership to a government-approved redress scheme.

Before the government redress scheme, if a complaint against a letting could not be resolved, then that was the end of the matter. The tenant and or the landlord could not take the issue any further save for legal action.

Due to the new legislation, if your letting agent is unable to positively resolve your complaint within eight weeks, then you will be able to take the complaint further using the dispute resolution service of the redress scheme.

There are many good letting agents with business values based on honesty, integrity, and hard work.

These letting agents are diligent in finding a suitable tenant for the property.

Legislation that came into force on October 1st, 2014 requires all letting agents be a member of one of two independent government-approved redress schemes.

The Property Ombudsman (TPO) The Property Redress Scheme (PRS) These schemes provide excellent free dispute resolution services; the decision made by an independent redress scheme is binding on all parties.

Due to the new legislation, if your letting agent is unable to resolve your complaint within eight weeks, then you will be able to take the complaint further using the dispute resolution service of the scheme. The complaints against letting agents typically are:

The local council can investigate the agent and prosecute, issuing a fixed penalty fine of up to £5000.

Reasons to terminate a contract with a letting agent?

There are three main reasons why a landlord may want to end a contract, with a letting agent:

1 – To avoid letting agent fees and save money. An increasing number of landlords are choosing to manage their properties.

2 – The relationship between the landlord and the agent has broken down, or the agent is not performing.

3 – The landlord wants to sell the property.

Landlords will generally have a signed contract, with the letting agent. Surprisingly, there are a few landlords who have a verbal agreement, with their agent.

It is best to have a written contract; however, an oral contract is binding for both parties in law.

Your agreement, with your agent, is what you are obliged to abide by. If there is contention between the parties, the court will determine the matter.

Most complaints related to letting agents can be reported to one of these official schemes:

The main trade bodies for letting agents are:

You can take someone with you when you speak to your letting agent if you feel it will help you.

Your first step should be to raise the issue with your letting agent directly to see if the issue can be resolved amicably.

Most letting agents and estate agents do have a complaints procedure you can follow.

It is essential, as most complaints that you escalate to a higher authority will be ignored if you have not given your agent/landlord the chance to resolve them first.

Check the letting agent complaints procedure to see how long it will take to get a reply.

Most letting agents have a complaints procedure you can follow.

They must tell you about their complaints procedure if you ask.

Always check the complaints procedure your letting agent, to give your complaint a better chance of being resolved.

If you are a member of the British Landlords Association you can download a free template letter and a pre-action protocol template should you wish?

The templates will save you time.

From October 1st, 2014, it is a legal requirement for lettings agents and property managers in England to join a government-approved redress scheme. All letting agents are required by law to join one of the two schemes.

Failing to do so, the letting agent is breaking the law.

As discussed above, make a complaint to the letting agent first exhaust this avenue before complaining to the Trading Standards.

Trading Standards can consider poor or incompetent service Infringement of your legal rights Trading standard will not consider your complaint if:

That the issue is being or has been, dealt with by a court.

Your complaint is outside the timescales.

How to end my letting agency contract?

Read the letting contract you have with your agent carefully. Look for the clause, which deals with the process, to terminate the agreement.

Most contracts, between landlord and letting agents, will have clause’s dealing with termination. There should ideally be a formula, to deal with the agent fees, relating to termination.

If you are going to terminate your agreement with your letting agent, you will need to consider beforehand, who is going to manage the property?

You will need to give reasonable notice and negotiate compensation with your agent.

You will need to obtain the following from your letting agent upon terminating the contract:

You will need to transfer management of the tenancy, to yourself, or another agent. If the agent is not going to hand over the documents, or you cannot amicably negotiate with the agent, you will have to consider the options below.

Unless there is abysmal performance, and or blatant breaches of contract, by the agent, the agent can hold the landlord to the agreement.

One of the clauses, in the contract lettings agents, rely on, is the one, most landlords wish they had negotiated, before signing the contract. This clause will read something like:

“so long as one of the original tenants, introduced by the agent to the landlord, is still in the property, the agent fee will be payable on-going, including on tenancy renewals “.

Courts are generally unhappy with businesses, that tie consumers into an everlasting agreement.

The saving grace, in some cases, maybe the statutory rules and codes of conduct, such as The Unfair Terms in Consumer Contracts Regulations 1999.

If the matter does go to court, the judge will determine, if the contract between the parties and the terms therein are fair and reasonable.

If you are not happy with the conduct of your agent. you can consider complaining about them to the organisation.

Most letting agreements between the landlord and letting agent have a termination clause. The clause generally will stipulate a notice period, where anyone of the parties can terminate the contract.

Try to deal with the agent in a friendly and amicable way. See if an agreement can be reached say one-off fee, equivalent to an introduction fee. This could be like a three-month management fee equivalent.

These negotiations should be documented in writing, just in case, the dispute ends up in court. If a landlord has offered, what is considered reasonable compensation by the court, for termination, this will help the landlord in court.

As with all disputes, documentary evidence is crucial to winning a case. Make sure you keep all correspondence, emails, and notes, of discussions with the agent.

Letting agents, generally, work hard and their fees are worth the work they do. With increasing regulations, the management of lettings, the right agent, is worth paying a reasonable fee too.

Landlords need to be aware, of clauses in the contracts, that refer to excessive fees, or estate agency fees, to be paid in the event the landlord selling the property.

Tenant fees complaint A ban came in on June 1st, 2019 for almost all private tenancies that commenced on or after that date.

From June 1st, 2020, the tenant fee ban applies regardless of when the tenancy commenced.

The ban covers assured shorthold tenancies, some student lettings and lodgers living with a private landlord.

The fee ban covers fees charged to tenants and their guarantors.

Letting Agent False advertising, if the agent has breached advertising rules you can lodge a complaint to The Advertising Standards Authority (ASA) – they are the UK’s independent regulator of advertising across all media.

Final Viewpoint Letter Once you have received the agent’s final response to your letter of complaint, and you remain unhappy if the 8 weeks have passed since you lodged the complaint and the issues remain unresolved.

Then it would help if you considered completing the complaints form for the redress scheme the agent belongs to.

You must attach support documents, like copies of your complaint letters and the agent’s final response letter.

How to choose a good letting agency Terminating an agreement with a letting agent may in some cases involve paying some fees to get out of the agreement.

Choosing the right letting a would avoid you have to terminate your agreement with your letting agent later is very important.

The importance of choosing a good letting agent is crucial. It is essential to consider your letting carefully and follow a vetting process that considers the following things.

Is the agent a part of an independent trade body?

Check to see if the letting agent is registered with one of the redress schemes by using the links provided above.

The agent website must have a complaints section with important information for landlords & tenants.

Check the Google reviews and trust Pilot reviews which can be a useful indicator.

If you are not a member of the British Landlord Association, why not join us today!