Landlords Association Latest in Wales and Scotland BLA Scotland £14,000 deposit from a landlord, by a tenant, rejected by Upper Tribunal 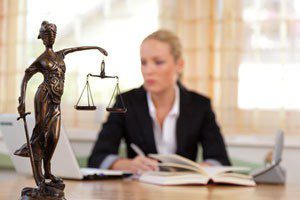 A tenant tried to sue a landlord for repayment of his deposit shy of £14,000. The tenant claimed, that the pre-payment arrangement was a “requirement” and this was “imposed” upon him, by the landlord. The Upper Tribunal for Scotland refused an appeal against a decision of the First-tier Tribunal for Scotland (Housing and Property Chamber).

The appeal was rejected because the Tribunal held, the tenant requested the arrangement.

The tenant Mr James Malloch, was formerly a tenant of the Bernisdale Homes Ltd the landlords to a residential dwelling in Edinburgh.

A short assured tenancy agreement dated 8 November 2016, was signed by both parties. The tenancy was for 12 months. Thereafter it rolled on, a monthly basis until terminated by either party.

The landlord served a notice to quit, in turn, the tenancy was terminated in December 2018.

This arrangement was made, for the benefit of the tenant. The tenant was concerned, that he would not pass an “affordability” test if the landlord were to assess his means.

Due to this, the tenant agreed to pay 12 months rent in advance, to secure the property. The landlord accepted this proposal and granted a tenancy.

When the tenancy was terminated, the tenant raised an application for repayment of £13,980.

The tenant relied on section 89 of the Rent (Scotland) Act 1984. This Act prohibits premiums or loans payable by rent to prevent landlords demanding extra payment over and above rent, and also provides that any requirement imposed to pay rent in advance over six months is void and unenforceable.

The FtT dismissed the tenant’s application after ruling that the pre-payment was not imposed by the landlord, but was proposed by the tenant.

The Tenant appealed that decision, where he claimed that the provision in the tenancy agreement, which required him to make a 12-month pre-payment, was a prohibited requirement under the Act.

His appeal was rejected and it was held he was not entitled to repayment of rent.