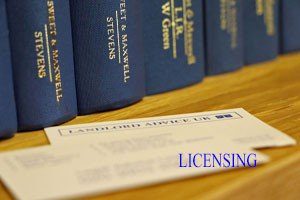 Contents hide
1 Tenants ought to consider the case Raya Nenova v Virginia Kent
1.1 Can a tenant Re-claim 12 months rent?
1.2 What is a Rent Repayment Order (RRO)?

According to research, 50% of London borough’s, did not fine landlords, for breaches of current legislation, while letting their property in the past year.

A group known as Generation rent representing private tenants, says that in the year to 26 February, the Greater London Authority’s website recorded 292 fines issued by 17 London boroughs. The penalties total £1.04m to the period ending 26 February 2020.

The previous 12 months records show landlords were fined a total of £1.66m for 433 offences. This figure is lower than in the current period.

The group said Camden, has been the most active council, against rogue landlords. For the past 24 months, Camden took action against landlords, netting £750,000 in fines.

Newham, Brent, Tower Hamlets and Waltham Forest councils for the past 12 months have seen fines fall by more than 50%. However, the report reveals Westminster, Hounslow and Haringey have been active against rogue landlords and the fines have been more than double.

The group claim that 130 of the 292 cases recorded in the last 12 months the tenant would have been entitled to reclaim up to 12 months’ rent from the landlord. This is through the application of a “Rent Repayment Order” (RRO). This legislation is relatively recent, and cases against landlords are now trickling in. Use of the RRO may be possible, where the landlord had failed to, either obtain a licence or make improvements to, the property, as ordered by the council.

Can a tenant Re-claim 12 months rent?

Through Freedom of Information request, data obtained by Generation rent shows, just six councils helped renters apply for RROs in 2018-19, with a total of 20 tenants getting assistance.

Generation Rent says the next mayor need ‘step up’ the fight against criminal landlords overnight by letting tenants check online if their home needs and has a licence.

What is a Rent Repayment Order (RRO)?

A Rent Repayment Order is a tool in law whereby the rent/housing benefit can be claimed back from a landlord by the council or by the tenant. Where a landlord has failed to license a property If one is needed, then 12 month’s rent can be claimed from the landlord.

Mrs Helen Cartwright said in response to Generation Rent blog: “It would seem on the face of it, tenants have the opportunity of a windfall.

Before tenants start running off to the court to sue their landlords they ought to consider the case Raya Nenova v Virginia Kent. Case reference: LON/ooAK/HMK/zoiq/oo63

The landlord (respondent) was our member represented by Landlord Advice UK and Counsel Mr Kahloon at the First-Tier Tribunal Tribunal.

The First-tier tribunal determined the case. The result, in a nutshell, was the tenant failed even to recover the fee they had paid.

You can read Mr Sasha Charles blog, which is a good read on this subject.

Mrs Cartwright adds: “I am not surprised that some of the council failed to issue a fine, every case and its circumstances are different. To suggest a landlord that does not have a licence, automatically means the property is unsafe, is incorrect.”

The British Landlords Association is a free association. Join us today.