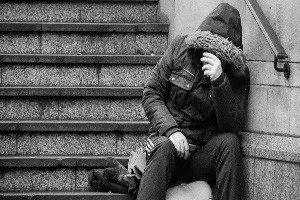 Some landlords are disregarding the strict letting rules which are designed to stamp out the offer of “sex for rent” deals.

The daily record named and shamed a predatory landlord from Lanarkshire, which highlights other landlords targeting those without a home to live during the pandemic by offering accommodation in return for sex.

The landlord from Lanarkshire’s proposition of “sexual favours” in exchange for accommodation was just one of many the paper uncovered in a classified site. Despite a pledged crackdown on the seedy adverts, this problem persists in luring the most vulnerable in our society.

Dr William Masih, one of the directors of the British Landlord Association, said: “Sex for rent seems to be a growing problem. The problem is someone renting a room to a person in there home, possibly not charging rent at best comes under the heading “lodger”.

“The law currently across all 3 nations for such arrangements escapes the housing legislation and requirement to register as a landlord.”

“How you police this by introducing new legislation is one the devolved governments will have to grapple with. Something will have to be done sooner or later.”

“The most vulnerable in our society who need help and instead are exposed to these risks are unacceptable.” He said.

Council chiefs yesterday told The Daily Record the law geared to filter out bad landlords does not apply to people likes of landlords like this Lanarkshire landlord.

In Scotland, the landlord registration scheme, which was introduced in 2006, gave local Councils control over who can let properties. This scheme was aimed at protecting tenants.

A South Lanarkshire Council spokeswoman said: “Current legislation does not require landlords who rent out a room in their only or main dwelling to be registered.”

In such cases, the Scottish Governments guidance on “sex for rent” is to report the matter to the local council and the police. Any reported issues will be treated with the utmost confidence.