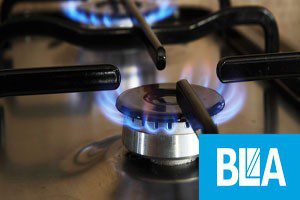 Last few years for landlords things have got worse, with more red tape and further taxes and COVID-19 was the icing on the cake. Many landlords left with rent arrears they will never be able to recover.

Something had to go right, some good news from somewhere, Trecarrell House Ltd v Patricia Rouncefield is a landmark ruling that is excellent news for landlords.

Let’s roll back and have a look at what the law says and go through what this landmark case is all about.

Under the Gas Safety (Installation and Use) Regulations, 1998 residential landlords have various obligations they must comply with.

But the crucial part was that landlords could not rectify this problem, even if they gave a copy of a valid gas certificate to a tenant and reserved a section 21 notice.

Mr Sasha Charles the CEO of Landlord Advice UK which is one of the leading national UK tenant eviction companies said: “it is good practice to reserve a gas safety certificate along with a section 21 notice, it avoids the potential for a defence”. He said.

What does Trecarrell House Ltd v Patricia Rouncefield mean for a landlord?

The Gas Safety certificate problem rectified, which has caused so many landlords a costly headache. Thank God some common sense prevails, not that law always rests on common sense!

The Court of Appeal delivered its judgement in a case which some landlords would say threatened their rights & financial security under an assured shorthold tenancy.

HHJ Luba’s infamous judgement in the matter of aridon Property Ltd v Monty Shooltz has meant we were going back to the bad old days under the housing Act 1988, where the requirements of a section 20 notice and written a tenancy caused some serious problems for residential landlords.

The above two problems meant by default in some cases a tenancy that was intended to be an assured shorthold tenancy was deemed an “assured” tenancy.

The later housing Act 1996 made provisions to rectify the frequent problems residential landlords and courts faced.

Recently, the gas safety issue was one of the mainline of defence for some tenants. It is a defence some use to frustrate a landlord’s possession claim and kick the claim in the long grass.

An assured shorthold tenancy is a “shorthold” tenancy, and nothing should threaten that. Owners of properties on a gap year, working abroad etc. should be able to let their property without fear of years of litigations and be forced to grant new tenancies, to remedy the situation.

In many cases, they themselves having to rent elsewhere.

The case known as the Trecarrell House Ltd v Patricia Rouncefield is a landmark ruling and has been going on for two years.

Trecarrell House Ltd vs Patricia Rouncefield case was a crucial case for residential landlords and involved the relationship between Section 21 notices and gas safety certificates.

It was inevitable the Luba ruling would be overturned; the verdict was simply wrong. Mr Ahmad, the CEO of the British Landlords Association when the QC Luba was delivered, is on record as saying, “this will be appealed, it will not stand”.

He was absolutely confident it would be so.

A few housing lawyers were itching to be afforded the opportunity to appeal Qc Luba ruling. The Trecarrell v Rouncefield case is no surprise nor is the court of Appeal ruling. Trecarrell House Limited (landlord), was initially granted a possession order under section 21.

The tenant appealed against the possession order successfully because they were not provided with a gas safety certificate before or at the time of the tenancy commencing.

The Court of Appeal, however, has today ruled that Section 21 notices are valid provided a Gas Safety Certificate is issued before the notice is given to the tenant, not before a tenant moves into a property.

Mr Ahmad, the BLA CEO said “Judge QC Luba from my memory in the case of aridon Property Ltd v Monty Shooltz failed to consider the intention of parliament, Lord Ahmad made it very clear what the intention was. Although at the time Counsel representing the landlord invited Judge Luba to consider Lord Ahmad’s comments, but he failed to do so. Having said that, Judge QC Luba without a doubt is one of the best lawyers in housing, in my opinion, I was surprised by his ruling at the time.”

He went on to say: “However, Trecarrell v Rouncefield is a piece of very welcomed news”. He said.

How do you serve a valid Section 21 notice?