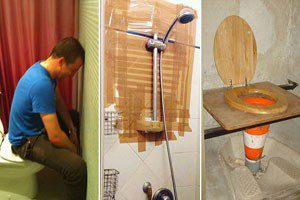 A new law will allow people in rented housing the ability to sue landlords if much-needed repairs are not made.

At the moment, tenants currently have to take housing matters to their local council and hope that they intervene on their behalf.

Since March 20, they will instead be able to go straight to the courts if a property is deemed unfit for human habitation.

Housing organisation Shelter welcomed the legislation and said that the Bill covers the “glaring omissions” of previous legislation to include damp and mould.

“Crucially, the Bill will help private and social renter’s voices to be heard, by giving them the right to take their landlord to court over unfit and unsafe conditions like these in their home,” they wrote in a blog post.

“The Bill could help to prevent another tragedy like the Grenfell tower fire. This was the starkest reminder of the dangers of unsafe accommodation.

“There are currently almost one million rented homes with hazards that pose a serious risk to health and safety. This affects around 2.5 million people, who’ll all benefit from this landmark change in the law.”

There has been an ongoing debate about property standards in the private rented sector.

The Homes (Fitness for Human Habitation) Act will cover tenancies in England and Wales that are under seven years in length.

Due to the extension of the Landlord and Tenant Act 1985 in respect to disrepairs, tenants will be able to take legal action over a wider spectrum of issues including:

Instead of complaining to the local council, tenants can now issue a claim in the courts and get the disrepairs dealt. Within the same claims, some tenants may seek compensation too.

Landlords who get things fixed when asked to and look after their tenants should not have to worry, but failure to keep a property fit for human habitation will cause problems.