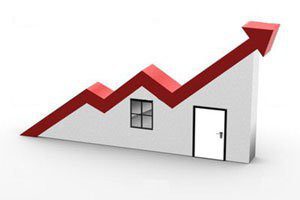 Mortgaged properties taken into possession continue to rise. This is according to figures recently published by UK Finance and the government.

Despite low-interest rates, which make it easier for people to pay mortgages, many people find their homes repossessed when they are unable to pay their mortgage.

A total of 1,330 mortgaged properties, were taken into possession in the 4th quarter of 2019. The repossessions represent an increase of 17% annually in the last three months of 2019.

The report from UK Finance shows the increase started from a low base, with 59 in every 100,000 homeowner mortgages ending up in repossessions in 2019.

Mr Mark Harris, chief executive of mortgage broker SPF Private Clients, said: “With interest rates so low, one would hope that the vast majority of borrowers are managing to pay their mortgages in full and on time each month.

He continued: “It is important for anyone finding themselves in this position to keep their lender in the loop and seek independent financial advice as early as possible.”

The Royal Institution of Chartered Surveyors (Rics) said: “Across the UK, both the number of sales being agreed and the supply of homes coming onto the market increased”.

A net balance of 19 per cent of surveyors reported the number of new homes listed for sale had increased rather than decreased.

With the Boris Bounce, property professionals expect this optimism to continue, with sales increasing across all UK regions in the next few years.

However, Rics has cautioned that the improvement in housing availability follows a sustained period of falling supply, meaning average stock levels remain very low at an average of 43 properties per branch. Supply and demand is an issue.

Mr Rubinsohn, from Rics said: “The latest survey results point to a continued improvement in market sentiment over the month, building on a noticeable pick-up in the immediate aftermath of the General Election.

“The rise in new sales instructions coming onto the market is a noteworthy and much-needed development, given the lack of new listings over the past few years, had pushed stock levels to record lows.
“It remains to be seen, how prolonged this newfound market momentum is sustained for, and political uncertainty may resurface towards the end of the year.

“But, at this point, contributors are optimistic regarding the outlook for activity over the next 12 months.”