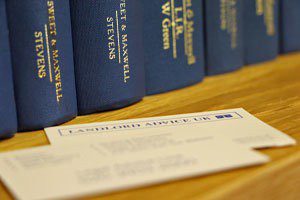 British Landlord Association asks – How watertight is your Guarantor Agreement?

When you have a tenant with a poor credit rating or the tenant falls in the category of high risk, taking on a guarantor may make you feel comfortable taking the tenant on.

Brief case details: – Guarantor loan provider Amigo Loans, which markets itself as a loan option for people with bad credit, has had a recent claim against a guarantor dismissed by a district judge. It was found that the company had breached principal obligations under the Consumer Credit Act 1974, as well as other acts and regulations. This has resulted in the guarantor agreement being deemed unenforceable.

Sasha Charles, Housing Lawyer of Landlord Advice UK, said, “The case highlights the poor conduct of Amigo Loans and their failure to protect consumers as required. The conduct of Amigo Loans may put guarantors at an unfair disadvantage due to non-compliance. The case should also serve as a warning for landlords and agents, who commonly use unenforceable guarantor agreements and may not be able to claim back their debts should their tenants’ default on payments.”

The Amigo Loans Limited v Abbas trial took place at Reigate Country court on 14th September 2016. Amigo Loans did not attend the court but was represented and submitted a witness statement as evidence. The district judge advised that the evidence was heavily disputed on a point of law before adjourning the hearing, so the claimant’s representative could take instructions, they decided to continue and did not succeed in claiming they had complied with relevant laws.

The Lawyer who dealt with the Amigo Loans case was Mr Sasha Charles.