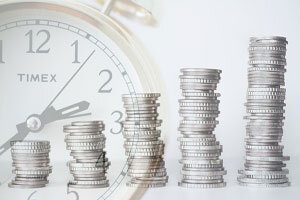 This case, although not a landlord & tenant case is nevertheless a compelling case. Landlord Advice UK, one of the leading tenant eviction company, took on Amigo Loans, a major UK Loan company. They assisted the defendant, Miss Hafiza Abbas, in September 2016 and won.

Not ideal to use separate contracts

Brief case details: – Amigo Loans, is a loan company, that markets itself as a loan option, for people with bad credit history.

In a nutshell, Amigo Loans help potential borrowers, who have no hope of getting a loan, due to poor credit history. Amigo Loans will only lend if the borrower can provide a suitable guarantor.

The Guarantor, in this case, Miss Abbas was a single mother, an NHS worker. She was approached, by someone she considered a friend. She was asked to be a Guarantor. Miss Abbas agreed to stand as a guarantor.

Amigo Loans sent a contract for the Guarantor to sign, which she duly signed and returned to Amigo Loans. She did not receive a copy of the agreement between the lender and the borrower. Upon receiving the loan money through Amigo Loans, the borrower, took a one-way ticket, to South Africa and disappeared. Needless to say, the Guarantor was very upset, she said: “I never thought my friend of 30 years would do that to me”.

Miss Abbas repeatedly requested for the lender to provide the agreement between the lender and the borrower. She wanted to see what she was standing a guarantor too.

Crucially, in this case, it is understood the Guarantor requested to see, the copy of the contract, between the lender and borrower, within the cooling-off period.

Although requested by the Guarantor and through Landlord Advice UK, Amigo Loans persistently refused to provide the contract.

The Amigo Loans Limited v Abbas trial took place at Reigate Country court, on 14th September 2016. Amigo Loans did not attend the court, but was represented, and submitted a witness statement as evidence. The district judge advised that the evidence was heavily disputed, on the point of law, before adjourning the hearing so the claimant’s representative could take instructions. The claimants, Amigo Loans through there Counsel, decided to continue.

The court found Amigo Loans had breached principal obligations, under the Consumer Credit Act 1974, as well as other acts and regulations.

Amigo Loans failed in claiming, they had complied with the relevant legislation.

District Judge Beck concluded that the guarantor agreement could not stand. The learned judge found, there was no evidence to suggest that a copy of the borrower’s contract, was provided to the defendant. The guarantor agreement was deemed unenforceable. The claimant’s application was defeated.

Amigo Loans application to appeal, against the decision, was refused.

Landlord Advice UK supported the defendant, in the court proceedings. Initially, it is understood that Amigo Loans believed the Guarantor was not entitled to the agreement due to data protection laws. The evidence also indicates that Amigo Loans failed to serve a cancellation notice on the Guarantor.

Landlords Need to be aware

Sasha Charles, Housing Lawyer of Landlord Advice UK, said, “The case highlights the poor conduct of Amigo Loans, and their failure to protect consumers, as required by law. The conduct of Amigo Loans may put guarantors at an unfair disadvantage, due to non-compliance. This case should serve as a warning for landlords and agents. Some landlords, and agents, use unenforceable guarantor agreements, and may not be able to claim back their debts, should their tenant’s default on payments. he said”

Ombudsman releases a guarantor from a loan

Sara Williams, published by Camel Debt, has written a fascinating related article. The Financial Ombudsman (FOS) recently published two important decisions about guarantor loans, one where a borrower complained and one where the Guarantor complained.

Sara has comprehensively covered the borrower case here: Ombudsman – Amigo did not check properly that a borrower could afford the loan.

The Lawyer who dealt with the Amigo Loans case was Mr Sasha Charles.