There are distinct types of homes in a variety of properties that people live in. Each one of us has our own requirement when it comes to our ideal home.

Floor space, hobbies and activities like gardening or DIY where a garage or a shed are essential when house hunting. 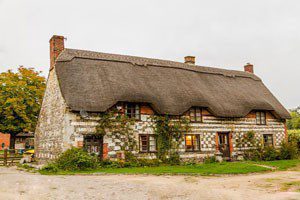 What is a Bungalow?

A bungalow is a style of house or cottage typical of a structure, either a single story or has a second, half, or partial story built into a sloped roof.

Most people mistakenly think Bungalows and Cottages are the same. They are not the same; there is a fundamental difference. At first glance, you may not be able to tell the difference between the two.

Bungalows are generally of low-profile types of property, as are many cottages. Still, the distinction comes between style, age, history, and price.

Cottages are much more expensive than a bungalow. A bungalow is basically a subset of the set Cottages. The word “bungalow” originates from the Indian word Bangla.

Bungalows were created during British colonial rule. They adopted the classic Indian style, which generally consists of low roofs and porches built around them. Bungalows can either be detached or semi-detached. 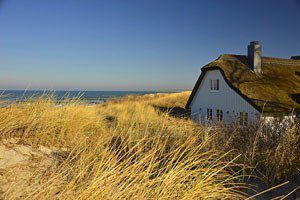 What is a cottage?

The term “Cottage” originates from England, where they were prevalent in the countryside.  Cottages typically contain a ground floor, with the roof space being used for bedrooms.

Cottages were initially built during the middle ages for farmers and their families. They were small abodes.

Cottages are houses that usually come with one and a half storeys. The top floor is much smaller than the ground floor, as the pillars used to hold up the structure take up a lot of the living space.

Cottages are generally situated in rural or semi-rural locations. However, developers have the past decades-built cottage style in cities.

Cottages have become an increasingly popular holiday lets in some parts of the globe, like the United States, Holland, Belgium, and Scandinavia. 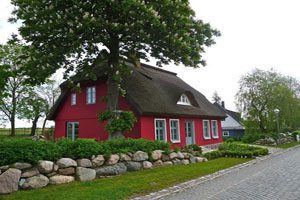 A detached house is a single standing building that does not share any walls with any other structure. Due to the isolation of the detached houses, they offer a reasonable amount of privacy.

They generally tend to be much more expensive than different types of houses.

Detached houses in the UK rarely are used by the council or housing associations.

The build cost of detached houses is considerable hence they are not cost-effective for social housing.

An end of terrace house is a house situated at the end of a terrace. Like a semi-detached house, only one side of the house shares a common wall, while the other is detached.

End of terrace properties is quite popular as they are in effect semi-detached. They have the advantage of half as much neighbour noise and access to your garden via the side passage too.

The difference between an apartment and a flat?

Apartment or flat Both words refer to a self-contained residential unit with its own front door, kitchen, toilet, and bathroom.

In some countries, the word apartment refers to a purpose-built residential unit in a building. The word flat generally means a converted unit in an older property, usually a big house.

A flat is a living area that is self-contained within only part of a building. Usually, a flat is situated in a building that is split up into multiple living areas for different residents.

Flats are generally the primary housing solution in inner cities and metropolitan areas because of the obvious space-saving advantages of building vertically! 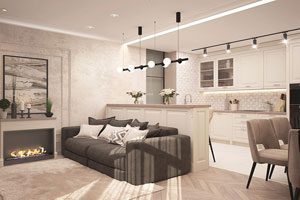 In the United Kingdom, a studio flat is usually a single room with cooking facilities with its own bathroom attached. Traditionally, if a dwelling has a shared bathroom,

it is known as a bedsit.

A flat has a bedroom, a kitchen, a living room, and a bathroom. Some of the one-bedroom flats are also known to feature a fireplace, a balcony, a yard, two level storage spaces, etc.

A studio flat is made up of a single large room that features a kitchen and a bathroom. A studio flat is a self-contained unit and consists of everything in one room except the bathroom. It is typically a large room, with different areas of the space used for various purposes.

What is a Penthouse?

A penthouse is usually known as the top floor unit of a luxury residential building. A “penthouse” is generally a marketing term that refers to a flat with a different layout from others in the building, ample outdoor space, and splendid views.

Penthouse generally tends to be on the top floor of a building. However, this is not necessarily true for every Penthouse. 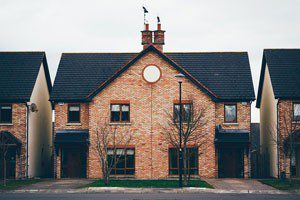 A semi-detached house is two houses attached together by a common wall. One side of each house shares a common wall, while the other is detached. Detached houses are prevalent right across the UK as they are ideal for a family unit.

Semi-detached houses are very common in England, Wales & Scotland. They tend to offer more space and are ideal for those raising a family.

They do not offer the same privacy as a detached building and most semi-detached will come with a front and rear garden and a garage.

A terrace house is a house that is situated in a long row of connected houses. They all usually look the same with identical structure. Both sides of each house are in a row and share common walls with a neighbouring house, except the houses at each end of the Terrace. The houses at the end are known as the end terrace.

A maisonette is a generally two-storey flat, where your front door is your own. With a maisonette, you can exit directly to the outside as opposed to a flat where you have a shared corridor.

A maisonette could be said to be a ‘house on stilts. Maisonettes are often found over shops, offices, or other maisonettes.

Owners of maisonettes in some cases may be prone to nuisance through the noise from commercial properties below them.

The BLA – British Landlords Association is a free national landlords association, join us today for a Free membership!

Dangers of Radon Gas – Guide for Landlords for 2021