Landlords Association Recent Landlord News Can you avoid paying the full penalty for not protecting the deposit? 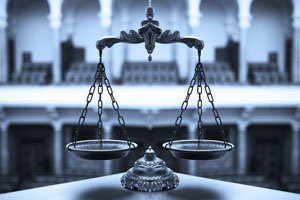 Some landlords wrongly think that if they have breached deposit legislation they have to pay 3 times the value of the deposit taken in compensation.

Since changes made by the Localism Act 2011 section 214 Housing Act 2004 which now provides that where the court is satisfied that the deposit was not protected within 30 days or prescribed information not given in that time-scale, the court must order the payment of between 1 and 3 times the deposit.

This was a counterclaim for a deposit penalty in a claim for possession and arrears of rent. In the first instance, the Circuit Judge had found a breach of s.213 and had awarded the tenants, Mr O and another, a penalty of one times the deposit.

The Circuit Judge’s judgement for the size of the penalty was:

“the Defendant seeks a penalty pursuant to Sections 213 to 215 of the Housing Act 2004. Section 214(4) provides that in the event of a breach, and where the breach is admitted, I must award Defendant a sum of money not less than the amount of the deposit and not more than three times the deposit.

Defendant contends for the maximum sum which would be three times £1,520, a sum of £4,560. The Claimant contends for one month’s rent in the sum of £1,520. I find that the Claimants are not experienced landlords, that this is the first time that they had let out any property and that they were letting out their home.

That they quite properly put the matter in the hands of professional managing agents who let them down by not complying with the terms of the Act. I find this case to be at the lowest end of the scale of culpability for non-compliance. And for those reasons, I award the sum of £1,520.”

The tenants appealed to the High Court. Their argument was that the Judge exercised the discretion wrongly, placing undue weight on the inexperience of the landlords when set against a serious failure to comply with the deposit requirements for a considerable period of time.

“He [Counsel for the appellants] recognised realistically that there was a degree of mitigation in that the breach had been admitted and that there was in the event full compliance, albeit only after a period of delay.

The High Court dismissed the appeal.

“The judge was entitled to regard the question of culpability as the most relevant factor in determining what order to make and was entitled to find that the culpability, in this case, fell at the lowest end of the scale for the reasons which she gave.

It is not as if the breach was uncorrected and therefore, although the appellants were lacking the protection for a period of some months, in the end, matters were put right.”

Best Landlords Association to join in 2022?