Landlords Association Recent Landlord News Accelerated Possession claims under section 21, is no longer accelerated. Time for it to go! 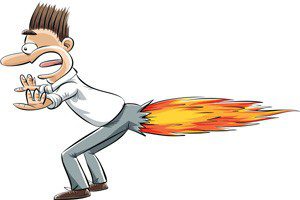 Since then, however, a raft of new legislation has been announced which is directly connected to determining the validity of a section 21 notice. As a consequence of this, the accelerated possession claim procedure is now not fit for its purpose.

What is an Accelerated possession claim?

This procedure is where a landlord, or landlord’s lawyer if the landlord is being represented, submits a claim for possession by post to the county court using the N5B form (accelerated possession claim). The application for possession is under section 21 of the Housing Act 1988.

The court will deal with the claim in the absence of both parties, therefore it is not entirely necessary for either party to attend court.

The tenant will then receive a copy of the sealed accelerated possession claim, from the court by post with a questionnaire enclosed. If the tenant decides to defend the
matter, the court will have no option but to list the claim for a court hearing. From the date this is determined, the court hearing will usually be listed 4-6 weeks away.

If the tenant, by mistake, does not fully comprehend a question and ticks an incorrect box that is not applicable to them, the matter will still be listed for a court hearing
regardless. This is not time, nor cost-effective and delays the process for both the claimant and the defendant unnecessarily.

Is the Accelerated procedure still accelerated?

I would argue that in many cases it is not accelerated at all, despite the name given and subsequently, one ought to consider as a possible alternative, the fixed date route.

What is “the fixed date route”?

Landlords, when seeking possession under section 21 via the court, have two options. One of the options is the above mentioned accelerated route and the other, the fixed date route.

The latter option is where you submit your claim for possession using the N5 and N119 form and in turn, the court will allocate both parties a date to attend court for the matter to be heard.

The fixed date route (for the purpose of a section 21 claim) is used when the tenancy agreement is an oral tenancy or the tenancy has been misplaced.

What has changed from the inception date of the Accelerated route being a reasonably fast and efficient procedure to now?

A lot has changed since the inception date of the accelerated route. Previously, you did not have the Deposit Protection Scheme legislation, nor did you have the trappings of the Deregulation Act 2015 (DA 2015).

The additional legislation ultimately has consequences for the landlords, in that, if they are not fully compliant with their legal obligations, the section 21 notice will be deemed invalid until all mistakes are rectified.

The following, if not complied with, may render a section 21 notice invalid;

In some cases, a landlord may well have fulfilled all their obligations, but in order for the tenant to reside longer at the let property, a false defence may be erected by the tenant.

Some charity advocates representing the tenant will run through the list of the above landlord obligations and occasionally a tenant may not remember receiving a specific document and claim, quite innocently, that the landlord has failed to provide it.

This will result in the court listing the matter for a court hearing.

The crux of the matter is that there is now a lot more legislation that is tied to the section 21 notice and in turn, it is far more likely that the possession claim will be defended and delayed.

There is another aggravating factor why the accelerated route is no longer considered to be accelerated.

By way of example, in London, we had Epsom County Court, Bow County Court and Ilford county court which have now all closed its doors and shut permanently.

The existing courts have now taken the workload from the other courts which are no longer open as well as the number of court staff decreasing drastically.

Consequently, this means that our judges are under extreme pressure, including the court employees to adhere to the previously implemented time scales.

Accelerated claims are put into boxes for a judge to attend to as and when they have time. Sadly, our courts are very busy are so strained that they are working 2 weeks in arrears.

This is a huge reason why the court will not provide a date when the judge has time to deal with your claim for possession.

What is the time difference between obtaining possession under the accelerated route and the fixed date route?

Each court varies as some courts are busier than others and some less efficient. For this reason, we can only offer an average.

Accelerated Route > Between 4 to 7 weeks

If the matter is defended;

Accelerated Route > Between 4 to 5 weeks before you have a court date. If the matter is heavily defended the Learned judge will give direction.

Fixed Date route > No delay as your claim has already been heard. If the matter is heavily defended the Learned judge will give direction.

Miss Callow From Landlord Advice UK commented “In reference to the accelerated possession claim form N5B, this is not entirely correct as it does not accurately reflect the DA 2015 when it’s regarding the gas safety certificate.

The landlord has to supply the gas safety certificate to the tenant within 28 days of it being carried out, however, the N5B does not mention the time period. It simply asks whether the certificate was served on the tenant.

If the form that is required to be completed when initiating a section 21 possession claim does not request all the information needed, this in its self is causing a problem.?

Mr Khan from Regency Law commented, “The accelerated possession claim is no longer accelerated, it is in practice anything but accelerated”.

If anyone has any doubt that our county courts are creaking with excessive workload than I invite you to carry out a Google search for any county court.

The comments left on Google reviews do in part demonstrate the county courts are under pressure. Similar Google reviews are being posted right across all courts.

British Landlords Association has requested the ministry of justice to delete the Accelerated possession claim procedure, and replace it with a fixed date hearing, still using the N5 form, but creating a new form for section 21 claims.