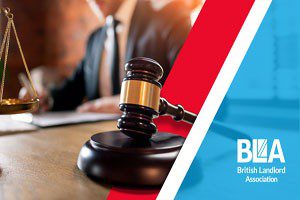 A landmark court ruling means Landlords and letting agents are no longer able to prevent prospective tenants in receipt of state benefits from renting properties.

Anti-discrimination sentiment against tenants has been gathering momentum for the last two years. Some changes by a few lenders have already been implemented, albeit through the hard work of campaigner Mc Aleer.

Mortgage Solutions in October 2018 reported the case of landlord Helena McAleer. This case led a campaign to ban discrimination against tenants on state benefits.

The discrimination practice came to the fore after the lender Natwest found out the landlord Mrs McAleer tenant was claiming housing benefit. Mrs McAleer was told to evict her vulnerable tenant or pay £2,500 in early repayment charges by NatWest bank.

This led to a nationwide campaign by McAleer and supported by Mortgage Solutions to end the discrimination from some lenders that included demonstrations taking place outside banks.

As a result, NatWest and other lenders changed policies to permit the letting of properties to housing benefit tenants.

However, some landlords and letting agents have continued to discriminate against tenants on state benefits.

Learned judge Mark said, “Rejecting tenancy applications because the applicant is in receipt of housing benefit was unlawfully discriminating on the grounds of sex and disability,” she said.

This is a landmark case; it is the first case before the courts for the discrimination of tenants receiving housing benefit.

The case involves a single mother who in November of 2018 was denied the opportunity to view a property in York because the letting agent did not accept tenants on housing benefit.

This resulted in her being homeless, and she was forced to move into a hostel with her children.

Backed by the tenant’s charity Shelter, she subsequently issued a claim requesting for a declaration on the lawfulness of the policy and sought damages.

Since the case was issued, the agent has ended its practice admitting the policy was not justified.

In the ruling, District Judge Mark also ordered the letting agent to pay £3,500 of damages to the claimant and pay the legal costs.

No landlord or agent should discriminate

Dr William Masih the director of the British Landlord Association (BLA) said: “We welcome the courts finding in this matter. If any tenant working or on a benefit is a high risk, then landlords have an option to seek other security.”

“It is simply wrong to discriminate against prospective tenants because they are on benefits. However, dealing with the benefit agencies and managing a tenant on housing benefit is not straight forward. The government needs to make changes so the problems letting agents experience can be ironed out.”

“Housing benefit tenants do tend to be long term tenants which means less void period and reduces the cost of associated with re-letting.” He said.

Is it discrimination or just good management?

Weighing the risk of a prospective tenant is not an easy task.

This policy of being lukewarm towards prospective tenants on benefits some agents explain is due to the difficulty to communicate with the government agencies. Some will not communicate with agents, odd times although the agent has written consent from the tenant, the agencies will hide behind the GDPR regulation and refuse to speak to the agent.

Some agents complain they cannot get through the agencies despite attempting to do so several times.

Housing benefit tenants mean a lot more work for an agent often hitting the wall when it comes speaking to anyone at the benefits agency.

Chasing the benefits agency coupled with calculating the shortfall the tenant needs to make towards the benefit means the agent is chasing debt from two sources, both of which at times can be evasive.

Letting agents have a balancing act, they have a legal obligation the landlord on the one hand and on the other hand they must be conscious not to discriminate against prospective tenants on state benefits.

This ruling will mean very little, letting agents and landlords will still be lukewarm towards tenants on benefits.

The current system when it comes to the landlord or letting agent’s communication is poor. The amount of time spent trying to communicate with the benefits agencies to deal with a housing benefit tenant is generally unreasonable.

The procedure needs to be streamlined, and the glitches in communications hitherto from the local councils need to be pit right.

Nothing will change, private landlords will continue to go through applications for a tenancy and pick out the most attractive prospective tenants from the list. State benefit will be at the bottom of the list.

After all, even the local councils and housing associations practice discrimination, I have seen it, I have experienced.

I was a senior housing officer drafted for a short contract to help a housing association.

I covered three counties, Surrey, Sussex, and Kent. Out of this wide area, I only had problems in one patch.

Some of the estates under my control, I would very rarely visit as there was the need. Some I never needed to visit at all. Town “A” I visited almost once a week, there was always some sort of drama going on with the tenants in this particular patch.

It just seemed all the tenants from hell had decided to come and live in “A”, I could not work out why I had so many bad tenants.

That is until one day my secretary asked me if I wanted to attend a meeting where all housing association housing officers and the “A” council housing team would be hosting the meeting.

My response was a big, yes!

Just these few words explained everything to me, I immediately worked out why we/I had all the tenants from hell under my patch.

I had never known a Council to allow an association the manage their housing list. An extraordinary situation.

Let me explain a bit more; the waiting list is a list of all the tenants in a borough a council waiting to be housed. They, in turn, would select some tenants, they would nominate others to housing associations and a few would be rejected as intentionally homeless and would have to fend for themselves.

In practice what happens is the Council will take the best tenants. The rest would be nominated for housing associations.

They nominated all the high-risk tenants to the housing association I was employed by.

The point I am making even some of the local government has an unofficial policy of discriminating against prospective tenants.

This case of discrimination against a tenant on state benefit is very wrong; however, until we all work to improve the system, nothing in practice will change.

The reality is landlord or agent will not deny a tenant from viewing a property, but upon carry out, a credit & referencing the affordability will highlight the tenant cannot afford the service the rent on their own standing.

It is at this point, the landlord and or agent will choose from say 20 applicants and the prospective tenant on state benefit is very likely to be at the bottom of the list.

Tenants on state benefits may mean more work when it comes to initial management. Still, they tend to treat the property as a home and seem to very long-term tenants which reduce the voids and cost of reletting and all the associated costs of reletting.