Landlords Association Trending Whopping £87,000 fine for landlord who had tenants sleeping in cupboards in the eaves of the roof 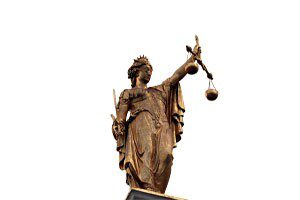 In a shocking case, a landlord was found to have set up two tiny homes at the back of a shop in Bristol. The landlord had two children living in cupboards.

Last May, Bristol Live revealed the living conditions being endured by 9 people living inside the Avonmouth shop.

The landlord was banned from renting out property.

When housing inspectors first discovered the two makeshift homes built into the storeroom, they said it was some of the worst living conditions they had ever seen in the city.

Deepak Singh Sachdeva was taken to court last May, he was found guilty of 5 offences relating to the failure to manage a house in multiple occupations, which the court ruled was a ‘serious risk to life’.

Sachdeva was given a fine of £87,000, and the council said the two families, which totalled nine people, which also included two young children, were provided alternative accommodation.

Even more shocking is the council inspectors revealed they went back to the property in January this year. Despite a Prohibition Order imposed on the property due to it being unsafe, they discovered someone was still living there.

The inspectors found someone sleeping in one room of the property. This directly flies in the face of the Prohibition Order under the Housing Act 2004 that makes it illegal for people to live in unsafe accommodation.

Back in early 2020, council environmental health officers found three people, including two young children, sleeping in cupboards in the eaves of the roof.

After the prosecution and the fine, the council went back to court to ban Sashdeva from renting out any more properties or acting as a property manager.

Dr William Masih one of the directors of the British Landlords Association said: “Truly this is a shocking case, a wanton disregard of the legislation and disregard to the health & safety of tenants. Even more shocking the landlord continued to disregard the law of the land and the safety of his tenants.

The British Landlords Association is a free national landlords association. Membership is free join us today for free!