Landlords Association Recent Landlord News Warning: Possession claims may be delayed if landlords do not comply with new court procedure 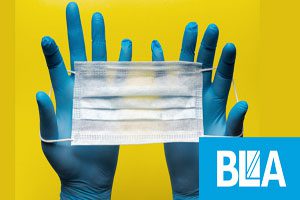 Courts are unlikely to hesitate in striking out possession claims

Some landlords and even some lawyers are not aware of the new requirements for possession claim.

There is already concern that a wave of evictions will take place once the ban on eviction has been lifted. The courts are unlikely to hesitate in striking out possession claims or at best delaying the possession claim so claimants can comply.

The eviction ban was set to be lifted on 23rd of August but has now been extended for the 3rd time. The ban on eviction has been extended to 20th of September 2020 will be subject to stricter court procedure rules (CPR).

The Government has also announced the notice period for England has been extended to 6 months.

The housing secretary said: “I am announcing a further four-week ban on evictions, meaning no renters will have been evicted for six months. “I am also increasing protections for renters – six month notice periods must be given to tenants, supporting renters over winter. “However, it is right that the most egregious cases, for example, those involving anti-social behaviour or domestic abuse perpetrators, begin to be heard in court again; and so when courts reopen, landlords will once again be able to progress these priority cases.” He said.

Labour’s leader, Sir Keir, said: “Such a brief extension means there is a real risk that this will simply give renters a few more weeks to pack their bags.”

He described the change of mood as an “11th-hour u-turn” and said Prime Minister Boris Johnson had “stuck his head in the sand” for months, adding: “The ban should not be lifted until the government has a credible plan to ensure that no-one loses their home as a result of coronavirus.” He said.

Landlords will need to provide evidence on what steps they have taken to ascertain how COVID-19 has affected the tenant’s tenancy.

The ministry of justice has not produced a prescribed form that landlords or lawyers could use. Currently, there is no guidance on what information ought to seek from the tenant that will be deemed fit for the court’s purpose

The British Landlords Association, one of the largest UK landlord’s association, has created documents which landlords, lawyers and letting agents can use. They are freely available to all members & non-members.

The new procedures will take effect after the end of the current evictions ban on 23rd of September unless it is extended again.

Mr Sasha Charles, the CEO of Landlord Advice UK which is one of the national leading tenant eviction companies, said: “We are likely to see some possessions claims delayed, where landlords who have issued possession claims themselves, and were and not aware of the CPR”.

Mrs Helen Cartwright from the British Landlords Association said: Some of our members have tenants who are in serious rent arrears. All attempts to resolve the issue have been exhausted; the last thing any landlord wants is the claim to be delayed on a procedure defect.

“For this reason, our legal team have taken steps to get the message out there to ensure landlords, agents and lawyers are aware of the new requirement.”

She added: “We have created documents that members can use and some guidance on this too”. She said.

Another related change landlord ought to be aware of is for the current possession claims that are already in court. Landlords will need to serve a notice of re-activation; the documents can be downloaded free by clicking here.

The British Landlords Association is a free national landlords association, why not join today for a lifetime membership?