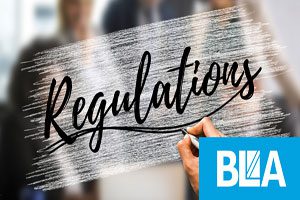 The UK government has announced it is to extend its ban on eviction “enforcement” in England by another six weeks. Yesterday the Government announced that the ban on bailiffs taking possession of properties in England will be extended until 31 March 2021.

This is in keeping with rules already in force in Scotland and Wales.

It is important to note landlords can still issue eviction notices and issue possession proceedings through the courts. The extension only applies to landlords at the eviction procedure’s last leg if this procedure is required.

Most tenants give up possession before the possession claim is heard or after a possession order has been made.

Mainly bailiffs are required when a local authority refuses to deem the tenant homeless unless the landlord obtains a court bailiff date.

This compels the landlords to issue an application for the court bailiffs to evict the tenant.

Often leaving the tenant to wait for the bailiff which to evict before the council will act. This seems unnecessary humiliating and stresses that local councils don’t need to heap on the tenant at an already tough time.

The British Landlords Association has written to the Government requesting the local councils to dispense with bailiffs’ requirement during the COVD-19 period.

Mr Sajjad Ahmad, the British Landlords Association CEO, said: “The Government asked landlords to be reasonable when tackling rent arrears during the pandemic.  Landlords have taken that challenge and acted gracefully, it’s time for the Government to do its part. It makes no sense forcing a landlord to apply for a county court bailiff. In many cases, the tenant pays no rent, and the landlord has to pay further costs of the bailiff process.” He said.

Eviction rules around the UK:

England: eviction enforcement is banned until 31 March. Landlords commencing eviction proceedings must give six months’ notice except instances of rent arrears of 6 months or more, domestic abuse or anti-social behaviour.

Scotland: the eviction ban ends on the 31 March for all areas under level 3 or level 4 restrictions. Scottish landlords commencing eviction proceedings must give six months’ notice in most cases. They can give three months’ notice if they or their family intend to move into the property.  If the tenant has engaged in criminal behaviour or has already moved out, then it is a 28 days’ notice.

Wales: evictions are banned until 31 March. Landlords starting eviction proceedings must give six months’ notice except in cases of rent arrears of 6 months or more, anti-social behaviour or domestic violence.

Help for tenants to pay rent.

Tenants are required to rent as per the terms of the tenancy agreement, COVOD-19 is not an excuse not to pay the rent.

Housing Allowance and Universal Credit have been increased to cover housing costs. The Government also says it has also made £180m available to councils to provide discretionary housing payments to tenants struggling to pay their rent. Tenants need to check with their council to see if they are eligible. Tenants in Wales may be able to apply for Tenant Saver Loans offered by credit unions.  Tenants with low incomes in Scotland may be able to claim Local Housing Allowance.