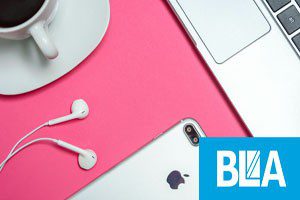 Hampton’s International London based estate agent has revealed that increased numbers of London landlords are selling their London investments and looking to the North for better returns.

Hampton International research shows the number of buy to let London landlords in the capital have fallen 31% since 2010.

London landlords in the capital have fallen 31% since 2010

The research revealed London investors who bought properties in the North, and the Midlands increased by a whopping 34%.

Not only are the yields much better in the northeast, but the stamp duty has also been a factor in many investors decision making.

A landlord looking to invest in London over the past 12 months faced a £24,600 stamp duty charge, while investors who are buying outside London, the figure is £5,330.

The recent tax changes are changing the dynamics of the buy to let market in London. Landlords in London have had to fork out £11,760 more than they were before the stamp duty changes in early 2016. Buy to let landlords purchasing outside of London are only paying £3,910 more.

The Managing Director of The Mistoria Group, Mish Liyanage, said: “The research shows that just one in four London-based landlords purchased a buy-to-let outside the capital in 2010. However, over recent years, landlords in the capital have looked outside the South East for better returns and more affordable BTL property.

Mr Arshad Khan, the managing director of Mayfair estate agents Grimsby, said: “We have recently seen a huge increase in investors from London wishing to buy properties for investment purposes”.

“The recent bounce back loan, better returns and the recent tax changes it would seem has resulted in London landlords abandoning London and looking elsewhere.”

“We have seen an increase in interest for properties in Liverpool, Hull & Grimsby. For example, we have a two-bedroom flat that is producing £375 PCM rent for sale for only £30,000 in Grimsby. That is a fantastic return and no stamp duty to pay either”. He said.

As recently reported by the BLA rents have dropped by 10% in the capital. As the number of properties to rent in London decreases the London rents may stabilise.

Many would-be investors ask: Is buying a property in London a good investment now?

Some London estate agents believe London property investment can be a profitable venture if you are selective with the areas you choose for your buy to let. If not, investors could find investment could suffer due to low rental yields, dwindling demand, and slow property price growth in some parts of the capital.

The areas of London that are still popular for investors:

Barking & Dagenham is one of the cheapest London boroughs to buy a property for investment purposes. Barking & Dagenham has good transport links to central London. Barking and Dagenham also has some interesting museums and numerous parks too.

If you are looking for somewhere less polluted and like the countryside, Havering in East London might be worth considering. Figures reveal In 2017 just 39% of its land was built on, with the rest being parks, recreation grounds, farmland, and unspoiled natural landscape.

Leyton is looked at as a hidden gem for younger professionals. It is ten minutes away from Liverpool Street on the Central Line. The central pedestrianised street, known as ‘The Village’, has an array of beautiful independent shops.

Leyton has a vibrant nightlife which includes music nights to drag nights. Leyton is just a short walk away from Epping Forest too.

Battersea is located in the central London Borough of Wandsworth. Battersea attractions are the nearby Battersea Park being home to the famous London Pagoda, a children’s zoo. Battersea also has a boating lake and a bandstand.

Battersea is located very close the central London and has good travel facilities.

How do you serve a valid Section 21 notice?