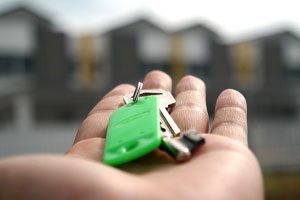 Greg Fitzgerald is the man who steered the struggling housebuilder Bovis Homes to greener pastors.

Greg followed Bovis Homes who was struggling, whose boss had just been sacked after a profit warning. Greg’s old firm, which is another builder, Redrow, was eyeing up the situation.

Soon after Greg was offered the job as chief executives. It was reported he was relatively happy with what he was doing.

It has widely been reported the new chief execute has invested more than £3 million of his own funds in the company. This is a clear indication he means business and he is in the driving seat to succeed. The shares went up 30% as the City takes a view, he will turn the company to profit.

The City analysts are confident as they took a view he can deliver.

After all, this is a man who has been building sites for 35 years and has all the qualities of leadership.

One of his qualities is that he has the charisma to win back the subbies. This of course is the first tasks: it helps if you can speak about the building site’s language.

Greg was born in Barry in Wales. After he left school in Torquay at the age of 16 with three O-levels. This was in the era of Margaret Thatcher and a time of recession.

Bovis investors positively think Greg is worth the money and they doubt he would consider taking a pay cut. However, he adds: “I think tax needs to go up for the higher earners like me. Those who say, ‘I don’t agree with that I say should be careful what they wish for.”

It’s a characteristically but powerful message from the builder that should make his fellow FTSE bosses alarmed. After all, no one likes a pay cut more so when you have a boss you is more than able to deliver results.

List for 2021 – Which is the best Landlords Association for landlords to join?

How to best Terminate a Contract with a letting agent