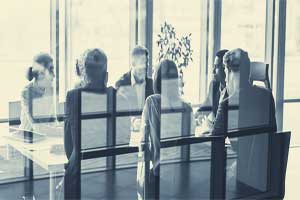 A WOMAN accused of repeatedly stabbing her landlord told him ‘I will do time for you and I will go down for murder,’ a court heard.

Prosecutors at Oxford Crown Court claim that Stacey Bilverstone launched a repeated knife attack while living at the Cutteslowe home of Andrew Davis on June 25 this year.

The 42-year-old of Kendall Crescent, Oxford. denies attempted murder, wounding with intent and having a bladed article.

As the trial continued today the alleged victim took to the witness box.

The 57-year-old told jurors the woman had been living with him for up to two years before the incident.

Mr Davis said he let her stay with him because she was homeless and had nowhere to stay.

He described her as a regular drug user, injecting heroin in the flat every day.

He went on to tell jurors that at first she treated him ‘OK’, but she later changed and became violent.

Mr Davis said: “She used to hit me, punch me, beat me, dig her fingernails in, hit me with a mug across the head and the handle fell off.”

He said he received black eyes ‘quite a lot’ from the violence.

The jury heard that Mr Davis did not fight back and he said he had ‘never hit a woman’ in his life.

Recalling the alleged knife attack he said while in the flat that night she began to ‘talk bad’ about his girlfriend who had died. After asking her to leave, he said, she refused to go and Mr Davis left the house.

He said she then followed him armed with a knife and after he tripped and fell she got on his back and began repeatedly stabbing him in the neck.

The court heard that during the attack she told him she was going to murder him and said: “I will do time for you and I will go down for murder.” The trial continues.