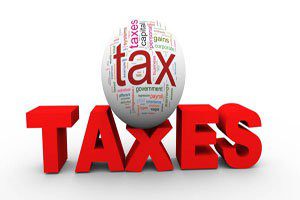 In the current environment, agreeing with anything Boris Johnson might say, write or do, is riddled with difficulty. However, given that this weekend ‘BoJo’ moved onto the rather less controversial area of the UK housing market and, in particular, stamp duty then we feel on slightly more solid ground and feel able to echo Johnson’s calls for major change, and then some.

Tackling the current lack of housing transactions, the difficulties first-timers still have getting onto the ladder, the huge stamp duty costs that come with moving, the impact this has on people’s ability to move, the monopoly housebuilders/developers currently have, their propensity to landbank, and the poor quality of new homes, Johnson might well be pushing at the most open political door ever, but that doesn’t mean he’s not right and that all these criticisms need addressing.

Stamp duty however, the way the Government has used this tax, its crippling nature and the potential for further hikes for landlords/additional homeowners in November’s Budget, should receive the biggest ‘kicking’ of all. In a very true sense, Johnson is right – existing homeowners look at the costs of moving home and whether they are second-steppers, seeking to move further up the ladder, looking to downsize, wanting to buy to rent – each and every potential purchaser is put off by the costs they will incur.

That means they are much more likely to stay put and/or not purchase, and with a shortage of supply and the increase in house prices, this translates into far fewer transactions and a housing market which is having the life squeezed out of it. Take, for example, those fortunate to be living in or wanting to purchase a £1m home, the figures/cost is absolutely eye-watering, with purchasers paying 10% on the portion between £925k-£1.5m, and 12% on anything over that. It’s no wonder that in areas of London and the South East we have seen some of the biggest drop-offs in transaction numbers.

For buy-to-let landlords seeking to add to portfolios, or just get started, the charges are even greater. Add 3% to all residential thresholds and, as mentioned, with political gossip suggesting the Treasury is considering a further hike, we would undoubtedly be in full blown ‘landlord victimisation mode’.

Despite a huge amount of evidence to the contrary – most notably the lack of houses being built in this country – the Government seems to want to persist with its line that by crippling private landlords, and the private rental sector, this will suddenly mean all the problems facing first-time buyers in getting onto the ladder, will (as if by magic) disappear.

The biggest obstacle facing first-timers is saving for a deposit – just how this is being tackled by making landlords pay 3% more stamp duty is anyone’s guess. All it does mean, is that the housing gap will get bigger, because there’s less private rental supply, which means rents go up on those that are available, and potential purchasers are still not able to purchase because they can’t get the deposit together in the first place.

For a second, it appeared that Johnson’s calls for major cuts to stamp duty were being heeded. James Brokenshire, the new Housing Minister, agreed that stamp duty had a part to play in ‘fixing the market’ but you get the sense that the messages to be introduced will be more along the lines of cutting stamp duty for all first-timers, and increasing it for others, namely landlords.

Such an approach doesn’t help those already on the ladder, and who might want to move, and it completely scuppers landlords who want to add to portfolios and provide more quality rental homes, but can’t afford the stamp duty in order to make such a purchase work. The result is a continued drop in transactions, and somewhat ironically, a drop in stamp duty revenues for the Government.

One hesitates to say, ‘We told you so’, but almost the entire housing and mortgage market predicted such a result when George Osborne brought these measures in, a couple of years ago. Changes have to be made or this downward spiral will only speed up further, and in a Brexit environment, who knows what level of damage this could inflict.

We might not be able to back BoJo in too many of his utterances, but on this one he’s spot on. The time to act, and cut stamp duty right across the board, is definitely now.