Landlords Association Trending Who is the richest man in the world in 2021? 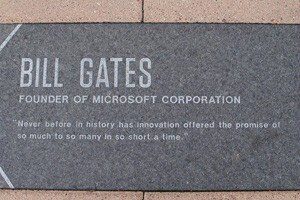 Despite many businesses taking a hit because of the COVID-19 pandemic. The tech executives hit the top 100 of the wealthiest people in the world for 2021. The source of wealth for the richest people seem to be dominated by tech executives.

The days of property tycoons running a real estate company or rich oil barons, making it in the top richest people in the world, seems to have evaporated.

In 2021 according to Forbes, there are 2,095 billionaires; however, these billionaires are not immune to the COVID-19 pandemic. The COVID-19 crisis has driven down profits across many business sectors.

Despite COVID-19, the richest men in the world have not all suffered financial losses. For some, they fared very well in 2020.

Bezos, the richest man in the world, has a net worth of $113 billion, this is despite Mr Bezos giving $36 billion in Amazon stock to his ex-wife. In the 2020 rich list, 20 tech and telecom executives hit the top 100 of the richest people in the world.

Is Elon Musk the richest man in the world?

In 2004 Elon Musk helped set up the electric car company Tesla which is now one of the most successful car manufacturing companies in the world, and in the last few years, the share price of Tesla has skyrocketed.

Is Vladimir Putin the richest man in the world?

Some sources say Putin is the richest man in the world with a fortune of $200 billion.

Hermitage Capital Management CEO Bill Browder gave evidence to the Senate Judiciary Committee where he claimed the Russian president is “the richest man in the world” with a reported net worth of $200 billion. We do not have any evidence of how this figure was calculated.

Mr Putin has ruled a petroleum-rich superpower nation for about two decades. But is Putin the richest person in the world, or are these just rumours?

Which richest person is likely to be the richest man for 2021? 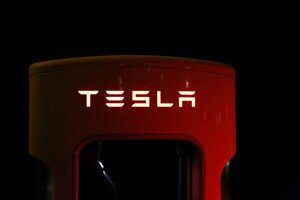 The top richest people can vary from year to year; this depends on their latest net worth and financial performance. Financial world turmoil or pandemic as we know well can easily change the fortune on anyone of the richest person in the world.

Mr Bill Gates, the Microsoft founder, has a net worth of $115.9 billion.

His net worth is said to stand at $97.3 billion, and he also owns about 15% stakes in Facebook after the firm went public in May 2012.

His net worth shot up past the $100 billion mark due to Instagram, which is the alternative to the tech company TikTok. TikTok has been banned in India in 2020 and also has troubles in the US too.

Mr Elon Musk’s ambitious rocket company is said to be valued at nearly $36 billion. Currently, his net worth is reported to be $89.3 billion.

Reliance Industries, Chairman, and founder Mr Mukesh Ambani have a net worth of $85.5 billion.

Mr Larry Ellison is said to have a net worth of $78.5 billion which he earned from Oracle, the software firm he co-founded in 1977.

Who is the richest man in the world in history?

Mr Gaddafi is reported to be the richest man in history; Bezos and Gates’ combined wealth not nearly matches that of the known fortune of former Libyan dictator Muammar Gaddafi. Mr Gaddafi ruled Libya for over three decades before being killed in 2011.

There is evidence of Mr Gaddafi wealth so far that nearly $200 billion have been found in secret accounts worldwide, real estate holdings, gold, and other international investments directly belonging to him.

Gaddafi had the most wealth of any known person so far this century by a huge margin.

Out of the world female billionaires, Alice Walton tops the list. With challenging world markets and ever more uncertain times, just over half of the 234 women on the new Forbes list are worthless this year than 2019. The billionaires Alice Walton, however, bucked that trend.

Alice Walton, an heir to part of the Walmart empire, ranks as the richest woman for 2020. This is up from the second richest from last year. Alice Walton is worth an estimated $54.4 billion in 2021.

The British Landlords Association is a free national landlords association, join us today now for Free!

More restrictions on tenant Eviction and Debt recovery 2020 to 2021

Is it worth being a landlord in 2020, is it still profitable?

Landlords Association List for 2020 – Which is the best UK association for landlords to join?