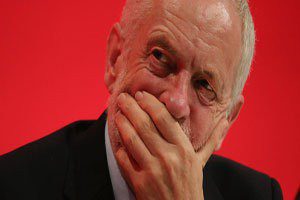 I was listening to the news the other day with half an ear when I thought I heard a ridiculous statement made by John McDonnell, says Frances Burkinshaw.

I needed to be sure of what I had heard… so I paused the programme and pressed rewind. I really did hear what I thought I had heard!

The Labour Party is considering a proposal that tenants should be allowed to buy their rented property from the landlord at a price set by the government!

A parallel was drawn by John McDonnell to the Thatcher years when tenants were allowed to buy their council houses at a reduced price. I do not see this parallel at all; this, to me, is like chalk and cheese.

Council houses are exactly that – owned by the Council and therefore ‘Government stock’. It may well have made sense to sell the properties to the tenants rather than have to continue to support the occupants with housing benefit or other benefits. Of course the idea was that these properties would, in time, be replaced by new Council houses; this never happened and that is why there is such a shortage of properties to rent at reasonable prices. The building of new Council houses has also not kept up, in any way, with the increase in population.

I haven’t heard that John McDonnell proposes to allow tenants to buy their rented houses from Housing Associations or pension funds – only the private rented sector.

There are many tenants who can and indeed have bought their rented house from the landlord – but only if the landlord wanted to sell and the tenant wanted to buy at a price agreed between the parties. However, to force a landlord to sell to a tenant when the landlord may have no intention of selling is quite ridiculous and simply must not be allowed to become Labour Party policy. Surely if it did become policy it would be a definite vote loser rather than a vote winner?

Landlords would sell in their droves before the legislation came into force. Private landlords are quite honestly fed up with being the punch bag for both government and the opposition. Why is owning a property such a sin?

There are thousands of landlords who perhaps own one or two properties which they let to form a major part, if not all, of their pension.

Many of us grew up being taught that ‘bricks and mortar’ was the best investment and so the thought of owning an investment property was something to aspire to. No more I say. The property market is very flat with very little growth in most parts of the country. New laws keep being passed which have had the effect of reducing the return for landlords such as the Tenant Fee Ban, changes to the Tax regime and Wear and Tear Allowance and many more. Is it any wonder that many landlords are exiting the market.

“Many of us have worked tirelessly over the years to create a marketplace and the results have been truly spectacular, particularly in the large city centres.”

This exit will quite simply have the effect of reducing the availability of rented accommodation which will, in turn, have the effect of increasing rents. Sadly I then expect that the next idea will be a cap on rents – in other words a return to the days of the Rent Act 1977.

There used to be a saying that lettings was for ‘Ladies who lunch’!! One could perhaps understand this in the 1970s as the rental market was so small and was only made up of owners’ homes when those owners moved away to work or for some other reason. I remember those days as it was during the 1970s that I started my business. ‘Fair Rents’ were the norm with rents being kept artificially low. Please, please do not let us return to those bad days.

Many of us have worked tirelessly over the years to create a marketplace and the results have been spectacular, particularly in the large city centres. Following on from this success there appears to be an element of jealousy that has crept in with private landlords being seen as the cause of the housing crisis. Not so!

I have said it before and I will say it again – it is up to Government to solve the housing crisis, not the private landlords. What will they think of next?!!

Frances Burkinshaw is an experienced independent trainer available nationally for in-house or group training. 01892 783961 or 07887 714341 or [email protected]