Landlords Association Recent Landlord News Warning to landlords! Could your house value fall by 33% as bank of England warns? 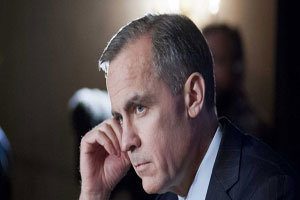 A well respected and a good journalist Mr Hamish Mcrae writing today for the Mail on Sunday argue’s that the governor of the bank of England should stop scaring people because property is NEVER going to fall by 33%.

I argue that the governor of Bank of England Mr Mark Carney is right in his warning and we ought to take steps right now to consolidate and reduce gearing to a ratio of 40/60 40% gearing and 60% equity. However i do not agree Brexit is going to be the reason for a collapse of the UK property market.

If we do not take positive steps now, than we have not learnt anything from previous economic disasters. I sadly confess i was one of those who fell victim to the 1992 collapse due to my arrogant bullish attitude. What better way other than to explain my own real life experience as an investor and why i agree with Mr Carney’s warning;

My family were bankers around 1974 our bank had 520 branches with 2 branches here in the UK, a well run private bank with sufficient reserves. My family made an ill judgement where they endorsed and backed a political (Pakistan) party. The opposite party saw this as a serious threat and through the media started a campaign where they said the bank was bankrupt and in turn  they alleged the public were scrambling to withdraw funds before the bank collapsed.

The lesson i learnt from this was that rumours from influential people can make markets swing wildly. I remember i traded the FTSE 100 as a future day trader and the governor of the central Bank for the US Mr Alan Greenspan made a comment “Irrational Exuberance” and this sent the world markets in a tail spin, all the screens went red and the markets were effected.

Just a few years before this I was also a landlord aged 18 and adding to my portfolio over the next 2 years.  Than the dreaded day, known as “black Wednesday” arrived. I walked into this disaster not having any inclination that anything was wrong. The UK was kicked out of the ERM the Chancellor Norman Lamont spent the day putting up interest rates bit by bit from 10% to 15%.  so what did this mean for me?

The above example shows that to see a 33% drop in property price by no means is fanciful i think the 33% Mr Carney has stated is pretty close to the mark if things get ugly.

Having my fingers burnt from the above experience and me later trading the FTSE 100 futures as a day trader it made me keep my eye on the ball on the economic data for the UK market and the USA market. I know the old dictum that “when New York sneezes London catches a cold” to be very true.

I know from my experience by just a comment made by Alan Greenspan that the USA financial markets did effect the markets in the UK.

In 2008 Lehman Brothers collapse which sent our banking sector in a tail spin, i could see beforehand something was not right. A year before the disaster i advised my investment company to sell its property holding. When the collapse came we bought in again.

From the data that has been coming in of which we have reported hitherto on our website it is evident investors are on the side lines waiting for the Brexit uncertainty to go. Due to recent raft of  anti landlord legislation this coupled with Buy to let tax changes landlords are already selling up and the UK property market is less than static as it stands right now.

Given Brexit has already been partially factored in so a rough calculation 40% less say 7% = 33%. History (not that long ago) has already showed us that a property collapse is yet again possible. For this reason i say Mr Carney’s is right in warning us, we ignore it at our peril.

So what possible reason could lend it self to another UK financial crisis?

“Based on the UK housing market being built on mountain of debt and, thanks to Brexit, the significant risk of a no-deal Brexit causing a run on sterling. The BoE would have to raise interest rates to protect sterling. Housing market will crash.”

I am by nature a bull, i do not think Brexit or no Brexit is going to effect our markets that much, i am not worried at all.

However i am worried by the US markets as noises made by US bankers where they say we are on the brink of another financial collapse. My experience is, even if everything is rosy, by just those comments by senior bankers, asset managers will already be running for the hills. While others like me and some of you will yet again have to ride the storm.

The collapse is already afoot, it has already been put in action, the intended victim is not London and not the EU. We the UK never the less will end up with a serious headache to which our property market could nurse losses, by how much we will have to wait and see.