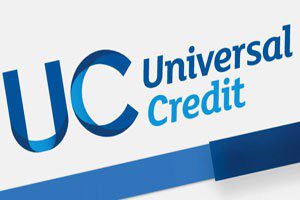 It also warns of the risk of “significantly increased eviction rates” and more people abandoning properties ahead of re-possession action being taken against them.

The average amount owed by tenants on Universal Credit is £469.87 compared to the overall average of £358.

But council housing bosses at the Guildhall are bracing themselves for overall rent arrears to keep rising over the next few years as more people register as claimants.

They say total arrears could soar to £8m if current trends continue.

As as well as increasing the risk of more evictions, that could also mean huge financial problems for the council’s housing service because of a significant drop in rental income.

The roll-out of the new single monthly benefit payment started most areas of Hull in December 2018.

If replaced six previous benefits for people who are out of work or are on low income.

Currently over 4,000 council tenants receive Universal Credit (UC) and nearly 3,000 are in arrears with their rent.

However, the roll-out is eventually expected to see around 10,000 tenants receiving the new benefit which requires them to pay rent directly to the council.

The new council budget report says: “The expectation is that over the next four years we will build towards a total number of universal credit cases of 10,000 (bearing in mind the existing ones are the more straightforward ones) which could see rent arrears reach wholly unsustainable levels.

“Universal Credit poses one of the most significant risks in terms of the cost of income collection as well as the actual collection rates.

“In time, we expect a total of perhaps 10,000 tenants to be paying rent directly and the small number of existing tenants on UC already experience significantly higher than average levels of arrears and presently exhibit an eviction rate of around three times more than average.

“Some properties may also become less popular and this may increase issues around property sustainability  in the medium to longterm”.

An £8m shortfall in rent would create a financial headache for the council with rental income for 2020/21 expected to be just under £90m.

The report also suggests universal credit’s roll-out in Hull has not gone smoothly with a fully electronic notification system yet to be implmented.

It says: “The initial introduction of easier cases has already proven difficult with information from the Department for Work and Pensions being poor.

“There has also been some confusion with a number of tenants stating they have no housing costs during the claim process and then receive no housing element of universal credit.

“There are also difficulties with tenants gaining advance payments of Universal Credit and using the funds to repay other debts.

“This advance amount is usually repayable over 12 months and reduces their ongoing amount, meaning payment of rent is more challenging than it might otherwise be.”