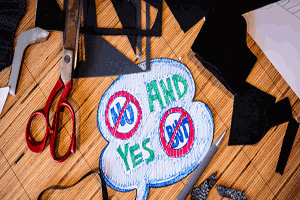 We have the Bear camp and the Bull camp.

Deborah Lewis writes for the property investor today and she is in the Bear camp, she writes;

Nearly half (44%) of the UK population believe that house prices would remain ‘about the same’ in the event the UK leaves the EU without some form of deal, according to PropertyRoad.co.uk.

Conducted in conjunction with research company Populus, the survey asked over 1,000 Brits what they believe would happen to UK property prices if the UK leaves the European Union without some sort of deal.

The results found that 44% of people expect house prices to remain the same, while 31% believe house prices will fall, and only 25% anticipate property values will rise.

There were also clear differences between the older and younger generations, with only 20% of people aged over 35 predicting property prices would rise after a no-deal Brexit, as opposed to 37% of those aged under 35.

However, the differences in outlook between men and women were not as clear-cut, with the findings suggesting that women are taking a more optimistic look at the consequences of a no-deal Brexit on property prices.

In fact, 27% of women believed house prices would go up, compared to just 23% of men. Some 44% of both sexes think property prices would remain the same.

With the results fairly well split, Paul James, owner of PropertyRoad.co.uk, believes this indicates the confusion felt by many as to exactly what a no-deal Brexit would actually mean for the country.

He added: “However, the survey does show that the majority of people are no particularly optimistic about property prices in the event we leave the EU without a deal. With only a quarter of respondents expecting house values to go up, there is a clear message that people are concerned about what a no-deal Brexit would mean for the value of their home.”

“When you combine that with a general slowdown in the growth of property prices over the last two years it’s easy to see why many put off moving until more certainty returns to the market.”

Now in the Bull camp we have Mr Warren Lewis who writes for Property Investor is squarely a Bull and says the future for UK property investment is bright despite the Brexit uncertainty, he writes;

A panel of industry experts has agreed that the outlook for property investment in the UK remains positive, despite the uncertainty around continued Brexit negotiations.

Paresh Raja, CEO of Market Financial Solutions, says: “With Brexit scheduled to take place in March 2019, there is still much uncertainty surrounding the nature of the UK’s withdrawal from the EU. However, such ambiguity has not dampened the spirits of prospective homebuyers and property investors.

Historically, real estate has proven itself to be a safe and secure asset by offering stable, long-term returns. As a result, demand for property remains high. Recent figures revealed that the average house prise in the UK rose by 3% in the 12 months to June 2018 and this positive trend has been met with enthusiasm from landlords, with new research saying that more than half feel positive about the current state of the market. Inspiring confidence throughout the sector, this development signifies a positive outlook for the future of the property market over the coming year, particularly in light of the fast approaching Brexit deadline.”

Mario Berti, CEO of Octopus Property, agrees, adding: “Despite wider market uncertainty, the returns available from owning, investing in and developing the right type of real estate continue to be favourable versus other asset classes, something that we expect to continue moving forward.

This is for a number of reasons including: the supply/demand imbalance (not enough houses being built), the continued availability of cheap credit and a healthy economy. Let’s not forget the fact that the UK remains a great place to do business.”

And this positive sentiment is reflected by James Bloom, Managing Director of Short Term Lending at Masthaven, who comments that while the UK has suffered a housing slowdown, with many investors choosing to hold until market conditions become clearer after Brexit, the market continues to be upbeat.

He says: “The short-term sector has remained buoyant and continues to perform well. We are seeing more new entrants coming into the market which is increasing competition and providing customers with an even wider choice of products. This has led to even more product innovation as lenders compete in this increasingly popular market. We have exciting updates as we further enhance our product range and look forward to sharing the news with the market in due course.”

Intermediaries can learn more about upcoming developments and the future of the market after March 2019 at The Finance Professional Show, which takes place at Olympia London on 7 November. The show features a CPD-certified multi-format conference programme, with an opportunity to quiz industry experts on their view foe the market, and almost 100 lenders and providers, including Market Financial Solutions, Octopus Property and Masthaven.

Speaking about the show, Masthaven’s Bloom says: “We have a long-standing relationship with The Finance Professional Show and are confident that the show this year will be another great success – it’s a great opportunity to have such a large part of the broker community all under one roof.”

The two respected writers offer two varied opinion. Mr Hanson From the British Landlords Association said; “The letting sector is shrinking, raft of data from diverse sectors does indicate that the UK property market is at best static”