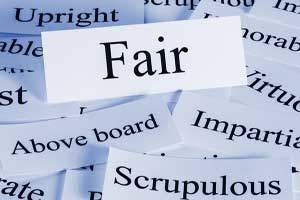 Boris Johnson’s newly emboldened majority Conservative government has signalled its clear intent to support the interests of rogue landlords over the safety of private tenants after forcing Liverpool Council to halt a highly successful housing scheme which had the backing of both Merseyside Police and the Merseyside Fire and Rescue Service.

The project was introduced in 2015, and produced stunning results in driving up the standards and safety of private rented accommodation in the region.

Under the scheme, all private landlords were made to prove their properties were ‘fit and proper‘ for habitation by obtaining a licence from the Council.

In order to be approved for the licence, all of a landlord’s properties must meet a number of basic criteria – including meeting fire, gas and electrical saftey standards, and being in a good state of repair.

The scheme also gave the Council powers to carry out regular inspections and force rogue landlords to bring their properties up to basic standards or face fixed penalty fines or prosecution.

Rogue landlords who were found guilty of putting tenants at risk through poor standards were also subject to minimum 12 month bans – and a database was also set up to raise awareness of the worst offenders.

Since it was introduced in 2015, more than 37,000 properties were found to be in breach of the basic safety standards, and Liverpool Council issued over 2,500 fines and prosecuted almost 250 rogue landlords.

The results produced by the scheme gained it the backing of Merseyside Police and the Merseyside Fire and Rescue Service – and well being lauded by the vast majority of residents who responded to the consultation.

Despite being widely praised for driving up standards of private rented properties in the region, Boris Johnson’s Conservative government rejected an application to extend the scheme for a further 5 years by arguing that the Council “did not demonstrate robust evidence to support the existence of low housing demand across the whole city“.

“This decision is not only ill-thought through and short-sighted, it also puts the lives of some of our most vulnerable tenants at risk.”

“This decision flies in the face of the Government’s tough talk on housing standards, particularly around fire safety in rented properties.”

“Over the last five years our officers have come across people whose landlords are happy to take their rent while allowing them to live in appalling conditions with unsafe electrics, gas supply and no fire doors to protect them in the event that a blaze breaks out.”

“The Landlord Licensing scheme has enabled us to create a team to be able to hit the streets every day and carry out inspections of properties and bring rogue landlords to book. It is not just about raising housing standards – it is about protecting and saving lives.

“This Government has already taken away £436 million of our funding since 2010 and is now weakening our power to improve housing standards for those who are part of generation rent to the bare minimum.”

alk of devolution away from Whitehall rings hollow when we see ministers in London making vital decisions about cities like Liverpool and other areas they never step foot in.”

Liverpool Council has since demanded more detail from the government as to how they arrived at the decision.

The Conservative Party have not yet responded.