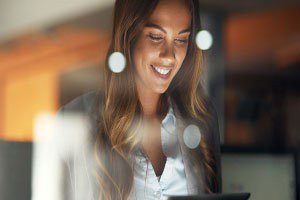 House prices grew by 0.4% in January, representing a slowing of growth and putting into question whether the property market has turned a corner in the wake of December’s emphatic general election result.

The figure, from January’s Halifax House Price Index, was much lower than the 1.8% month-on-month growth seen in December, and the 1% growth from November.

“A number of important market indicators continue to show signs of improvement,” Halifax said on Friday.

“We have seen a pick-up in transactions with more buyer and seller activity consistent with a reduction in uncertainty in the UK economy. However, it’s too early to say if a corner has been turned.”

The average price of a UK home was £240,054 in January, according to the report, which is closely watched as a sign of the strength of the UK property market and the wider economy.

Halifax said, however, that recent positive growth may just represent activity in the housing market that had been delayed by Brexit-related economic uncertainty.

The bank said that it expected a moderate rate of house price growth over the course of 2020, noting that demand was likely to continue to exceed supply, and that the mortgage market should stay “largely favourable.”

It continued to warn about prices in the rental market, however, noting that growth in rental costs were “accelerating” and that many first-time buyers would continue to face a “significant challenge” in raising deposits.

According to the index, house prices saw a steady growth of 4% over the whole of 2019, despite political upheaval and weak UK economic growth.

That figure was at the top of Halifax’s predicted range of between 2% and 4%.

Data released earlier in the week from the UK construction sector indicated that there are growing “signs of a turnaround” in demand for house building projects, meanwhile.

Activity in the construction sector continued to fall in January but at a much slower pace, according to the purchasing managers’ index for the industry. Optimism among building firms also hit its highest level since 2018.

Other closely watched indicators have pointed to a clear, if modest, rebound for the economy in the wake of December’s election result.