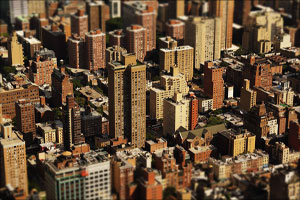 There’s no doubt that it’d be difficult to find anyone that could call this past year a ‘normal’ one.

With lockdowns, face masks and vaccines, it’s almost definitely a time of uncertainty for everyone.

However, while it could be assumed that the UK property market, like many other sectors of the economy, would also fall victim to this unpredictability, it has, in fact, rather seen a much more optimistic outcome.

With this in mind, where exactly are the most lucrative places to invest in property in the UK?

Here are some cities that might just make an investor squeal with delight.

Being one of the usual suspects regarding property investment, it’s probably no surprise that the maritime city has made the cut. With comparatively low housing prices and massive rental demand, property in Liverpool is certainly something to watch when drafting an investment list.

UK regeneration efforts have helped the city blossom into an economic powerhouse – and a very profitable one at that.

With developments like Liverpool ONE, the Knowledge Quarter, and the Baltic Triangle being just a few highlights, as well as ranking eleventh in a recent list of the world’s best cities for mental wellbeing, Liverpool remains a clear contender for a top spot to invest in, both this year and 2022.

So, unless people suddenly get very sick of The Beatles, or a world-class football team, there are no signs of this popularity slowing down anytime soon.

Billed as the UK’s ‘second city, Birmingham, like many of the items in the list, is another one that has an extensive history of dominating the investment market.

With more and more projects within its ‘Big City Plan’ – another regeneration effort – coming together, investment demand has never been higher. In fact, Savills predict that Birmingham will be in one of the fastest-growing regions over the next five years, forecasting price rises of 24% by 2025.

Another critical tool in its belt is affordability. Data shows that the average income to property price ratio is much more rewarding in Birmingham than anywhere elsewhere across the broader regions of the country. With this, they can attract (and more importantly, retain) skilled workers that are able to both earn income and spend it in a rapidly growing city.

Average rents have also risen by 30% over the last ten years and are expected to increase by 12% over the next five, boosted by tenant demand from young professionals leaving London and a rising population set to hit 1.24 million by 2030.

It’s perhaps not the most obvious choice but investing in Luton buy to let properties might be one of the most advantageous options in the next two years.

With a population of approximately 218,045 in 2019 and around 20 minutes from London, Luton is mainly known for its reputation as a leading location for commuters.

Something it’s not afraid to capitalise on.

Utilising this popularity, Luton has developed various state-of-the-art business and technology hubs. For example, Butterfield Technology Park houses over 100 small-business units and boasts its continuing ability to attract high-quality investors and tenants with its unique links by air, rail, and road, as well as its top-tier accessibility.

With many starting to look beyond London, due to rapidly increasing prices over the past decade, Luton – it’s quiet and, apparently, unassuming neighbour – looks like a promising alternative.

According to Rightmove, property prices have increased by 7% over the past year, making the overall average around £290,200. With the average southern property being valued at approximately £345,000, and the UK average house price is currently estimated at £250,341; even those with the most limited property knowledge would agree that you’re not going to find an amount as low as this – especially when looking at property in and around London.

Yes, they’re not just famous for making spoons (and various other stainless-steel objects); Sheffield has much to offer for investors as well.

Again, displaying top regeneration efforts, around £500mill has been invested into developing the city’s retail district and general improvements to amenities in the area.

The results? Central city areas have seen rental yields of around 7%—a very nice position to be in, especially in a year of multiple lockdowns.

With this in mind, Sheffield appears to be a top contender in the property market, with data from Zoopla depicting that property prices have also increased by about 7% in the last 12 months alone.

Additionally, with a strong business foundation of leading business and technology industries, including Rolls Royce and McLaren, it’s hard to see any faults in terms of investment opportunities.

With house prices continually being some of the best in the UK for the past few years, especially in terms of growth, Manchester is another location that has a reputation for reigning supreme in the buy-to-let investment world.

And it seems like a trend that is almost certainly set to continue.

According to forecasts by Savills, property prices in the North West region are predicted to increase by 28% across the next five years. Looking back in time – notably their massive rise in capital appreciation returns between 2017 and 2018 – it would not be a shock if Manchester again led the way for price growth in the North.

Like Luton, the city also proves to be a solid competitor with the capital city– sometimes even outshining it entirely. For example, according to Hamptons International, Manchester is one of the top destinations for young professionals – on account of an impressive global business and employment growth of 84% between 2002 and 2015 – only narrowly losing out, as mentioned previously, those in the Midlands.

Despite some predicting the worst, investing in UK property has arguably never been more lucrative. With demand rising and seemingly not a whisper of stagnation on the horizon, this could be the perfect opportunity to broaden your ventures.

Purple Bricks – Should I use PurpleBricks?