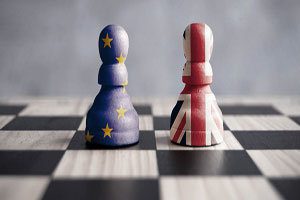 Nationwide has revealed the UK house prices only rose 0.3%

The latest figures from the Nationwide has revealed the UK house prices rose 0.3% to an average £214,922, in September 2018. This was 2% higher than the same time last year, as growth has held steady between 2% to 3% inflation over the course of the year.

The national trend is not the same as the regional movements. House prices in the North are also falling, albeit at a slower pace at 1.7% year on year.  Yorkshire and Lincolnshire  property prices are up 5.8%.

London Property fell for the fifth quarter in a row

Property Prices in London, yet again fell for the fifth quarter in a row and are now 0.3% lower than a year ago. It does seem the pace of the fall in property prices in the capital is now slowing.

Mr Robert Gardner from the Nationwide, anticipates a national slowdown towards the end of the year. “Subdued economic activity and ongoing pressure on household budgets is likely to continue to exert a modest drag on housing market activity and house price growth this year, though borrowing costs are likely to remain low,” he said.

The figures suggest that a “ripple effect”, starting with price falls in the most expensive neighbourhoods of central London and moving out to the suburbs and eventually beyond the M25 is well underway.

Nationwide chief economist Robert Gardner said that stretched buyers are now refusing to pay overheated prices in the Home Counties in a repeat of the pattern seen in London over recent years.

“Overall, we continue to expect house prices to rise by around 1% over the course of 2018.”

The uncertainty over Brexit has dampened the property sector, as investors sit on the sideline waiting to see what happens. Although, any movement in either direction, the market probably already factored in Brexit. However, if the pound takes a battering that could change things as the BOE may increase interest rates to support the pound.

Mr Jonathan Samuel’s CEO of Octane Capital, said: “A chaotic Brexit has the potential to hit confidence and the property market for six.

“London will be in the firing line if Brexit sees international business and overseas investors steer clear. Over-exuberant house price growth from the recent past has made it even more vulnerable.

“The capital’s property market will bounce back, but in the event of a chaotic Brexit it could bear the brunt of the pain.”

Mr Hanson from the British Landlords Association, said “uncertainty the markets hate, however many investors and would be home owners are just waiting for Brexit to be settled and sealed. Once this happens the property market may well shoot up as the cloud of uncertainty is lifted.”