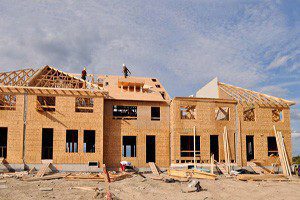 Values down to an average of £214,745, according to the latest lender index.

Various reports and data released in the past 6 months seem to corroborate the UK property market is heading downward.

Mr Robert Gardner, Nationwide’s chief economist, pointed out that annual house price growth remains within the fairly narrow range of 2% to 3% which has prevailed over the past 12 months, suggesting little change in the balance between demand and supply in the market.

‘Looking further ahead, much will depend on how broader economic conditions evolve, especially in the labour market, but also with respect to interest rates. Subdued economic activity and ongoing pressure on household budgets is likely to continue to exert a modest drag on house price growth and market activity this year,’ he explained.

‘Borrowing costs are likely to remain low. Overall, we continue to expect house prices to rise by around 1% over the course of 2018,’ he added.

‘However, with more interest rates increases on the way at some point down the line and the final Brexit deal still to be negotiated, any positive outlook could soon be overshadowed.

Ishaan Malhi, chief executive officer of online mortgage broker Trussle, also thinks things could get difficult. He said; ‘Falling house prices pose the risk of negative equity for anyone with a large amount of debt attached to their home, which can prevent home owners from being able to move or remortgage,’.

The latest report from London Central Portfolio (LCP) shows year on year prices in England and Wales have increased by 2.5% to an average of £293,897 and sales are also down, falling by 2% in the 12 months to July.

Overall the Property market is sluggish

Naomi Heaton, CEO of LCP, said “overall the residential market is sluggish and she believe that it is very difficult to see what can be done to change the present trends prior to March 2019 when Britain leaves the European Union.

There is also the potential impact of interest rate rises. ‘Greater London is primarily a domestic market, therefore the interest rate rise could have a greater impact on the level of transactions, as home ownership becomes even more expensive in a price sensitive market,’.

In the buy-to-let  sector the rental supply is failing to keep up with demand as landlords exit letting market which is contributing to the property prices.