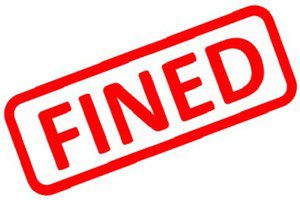 A London tenant who unlawfully sublet a unlicensed bungalow in London which was described by Brent Council as a “death trap”, has been fined £20,000 for multiple offences and ordered to pay £6,520 in court costs too.

This case is a rare case, as this type of enforcement action taken by local authority is usually taken against landlords. The court hearing took place in Willesden Magistrates. The  Court found Mr Petru Dregan guilty of breaking housing management regulations and neglecting to protect the safety of tenants, tenants who was paying rent.

Brent Council licensing enforcement team raided the property in The Drive, Wembley, earlier this year and discovered a number of unauthorised people sleeping in overcrowded property.

Mattresses littered the floors of the living room, dining room and even the pantry. Makeshift bunkbeds made out of wood offcuts, pallets and tarpaulins enabled ten men to share one bedroom originally designed for two people.

One of the defendants tenants at the bungalow told Brent Council enforcement officers that he was paying £50 a week to live there.

Brent Council enforcement officers identified a number of serious hazards one being the property was in the unlicensed HMO, including damp and mould on the walls, windows and doors that had been blocked off, as well as smoke alarms that had been covered up.

Mr Ahmad of the British Landlords Association has said “it is rare that successful enforcement action is taken against a tenant, having said this, this is a good case for future case history.”

Eleanor Southwood, cabinet member for housing and welfare reform, said: “The court’s decision is a positive result for renters in Brent who have a right to safe and decent living conditions. In a poorly managed property like this one, people’s lives are at stake.

Mr Sasha Charles of Landlord Advice UK one the leading tenant eviction company said “this is an unusual case, local authorities find it difficult to prosecute tenants who sublet, they face a number of difficulties. it will be interesting if the fine and legal costs are actually paid by the tenant,”

“Landlords, agents and subtenants who ignore licensing laws and the regulations around housing management will be hit hard with heavy fines.”

From 1 October 2018, the government has introduced new legislation which will require any property rented out to five or more unrelated people to be issued with a mandatory HMO licence.