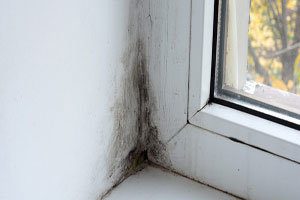 Common cause of complaint between tenants and landlords

Researchers at Northumbria University have come up with a new solution for mould and damp, which is a very common cause of complaint between tenants and landlords. Mould and damp is a very common complaint that tenants report, and one that is not also due to disrepair, on the landlord’s part. Mould can in some cases result from a lifestyle choice. Sealing off vents, drying clothes over a radiator and fish tanks often the lead to mould.

Researchers at Northumbria university in partners from BIM Academy and the National Energy Foundation, have been working with local housing organisation and have been chipping away to find a solution to a common problem of mould and damp.

Flats generally tend to suffer more from mould and damp with this in mind (we assume) researchers erected sensors which  were placed in seven flats. These sensors monitor factors such as electricity usage, room temperature, humidity, light and how the occupants move around in the flats.

Influence the way buildings are designed

The data captured from the sensors is useful for researchers to understand how occupants use the flats which in turn provide alerts and advice which in turn may influence the way buildings are designed to eliminate or at least reduce mould and damp.

Dr Rogage said: “One of the benefits of this system is that it can be customised, so for example an alert could be set up so that when the humidity in an individual flat or room goes above a certain level the building owner or occupant would be notified.

“The data would also be displayed on an online dashboard, showing humidity levels over a few days or weeks, so patterns and potential issues could be identified.

“For the landlord this would mean the conditions which lead to mould and mildew could be identified early on, before they develop, minimising the costs incurred by treating the problem, significantly reducing the number of complaints and providing more comfortable living conditions for tenants.”

Mr Graham Kelly, director at BIM Academy said: “Building Information Modelling has been successfully used in the design and construction of buildings for some time, but buildings’ owners and occupants still don’t have any way of measuring how their building is performing once it is complete.

“Buildings can create huge amounts of data once they are in use and the Smart Connected Building project aims to collect this and use it to generate advice on how to optimise the performance of a building once complete and inform future design and construction.”

Mould is one of the top complaints

Miss Helen Cartwright from the British Landlords Association, said ” Mould is one of the top complaints tenants have and a reason that sometimes leads to litigation.  Lifestyle or lack of ventilation is the usual cause of Mould in most cases.