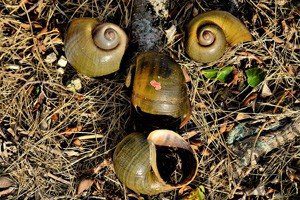 Landlords and some businesses are using new tactics for unoccupied buildings to house “snail farms” to avoid business rates.

Bradford Council has discovered that buildings said to house snail farms were being classed as agricultural use and in turn, avoiding to pay business rates.

Bradford council’s revenue and benefits team told councillors: “A lot of people are trying to use avoidance tactics.”

A senior officer said they were “snails in a box nothing more”.

Bradford Councillors had received an update on business rate payment of building owners who were using methods to avoid paying business rates.

A Councillor said business rates are payable on unoccupied properties. Some landlords and businesses are attempting to find loopholes in the system.

“Some landlords, some owners, have come up with creative ideas of ways to avoid paying some sizeable sums of money.

“Some of them have taken to bringing snails into their premises and tell us they are snail farms.”

Mr Stubbs said that under business rates legislation, any premises used as an agricultural property is exempt from business rates.

He added: “My team have visited and seen them.

It’s a box with some snails in it

“It’s a box with some snails in it; it’s as simple as that I’m afraid, nothing more elaborate.

“They are breeding snails they are therefore a snail breeding farm.

“That’s not the only tactic that’s used,” he added.