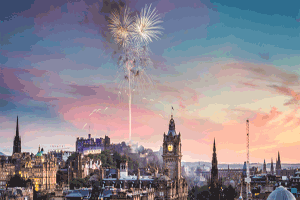 Your Move Scotland has reported, according to their data the average rental price in the nation was £573 per month in October. The average rent was £582 which is based on a non-seasonally adjusted.

Your move data showed the fastest rent growth in October was in the Highlands and Islands, followed by the Glasgow and Clyde region. Not all rents went up as rents went down in the East and South regions of Scotland.

Rent growth best in the Highlands and the Islands

Your Move Scotland found the Highlands and the Islands was the most expensive part of Scotland to rent a property. The average property in October was let for £698. The new campus at the University of Highlands and Islands continues to attract people to the area. Similarly, Inverness Airport, where low-cost airlines operate, encourages travel both to and from the Highlands.

This region recorded the largest rent price growth in the 12 months to October, with the average property costing 14% more than it did in the same month of 2017. As such, there has been a noticeable increase in the number of English landlords buying in the area.

The next fastest growth was in the Glasgow and Clyde region. Prices here rose by 13% in the year to October, to hit an average of £613 a month. It is the third most expensive place to rent in Scotland.

In the East of Scotland, rents fell by 1.7% year-on-year, to hit £529. The East is the cheapest region to rent in the Scotland. In the South of Scotland rents dropped by a huge 4.4%, taking the average price down to £535 PCM.

When all regions are considered, the average rent price in Scotland rose by 0.2% in the year to October 2018.

On a monthly basis, all regions were flat or saw rising average rent prices. The only region to buck this trend was the South of Scotland, where prices ticked down by 0.5%.

Your move report showed a small decrease in the number of tenancies falling into rent arrears in October, Your Move Scotland reports.

Mr Brian Moran, the Lettings Director of Your Move Scotland, comments: “Perhaps it is the breathtaking scenery tempting people out of the city, but the demand for properties in the Highlands and Islands has grown strongly in recent times.

“Last month, it toppled Edinburgh and Lothians as the most expensive region and, in September, its excellent performance continued.”

Scottish landlords enjoyed a rental yield of 4.7% once again in October, according to the Rental Tracker. This is the same return as in September, but is slightly lower than the 4.8% recorded in October 2017.

Despite the annual decrease, the returns enjoyed by landlords in Scotland continue to compare favourably to the yields achieved in England and Wales. This may mean capital growth in Scotland may show signs of slowing.

In England & Scotland, the average rental yield was 4.3% in October. The individual regions of England to post stronger returns than the Scottish average during the month were the North East (5.0%) and North West (4.8%) respectively.