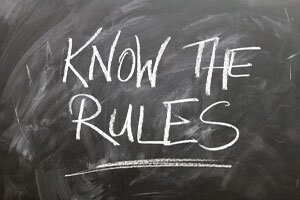 This Scottish Government Bill was introduced by the Cabinet Secretary Michael Russell MSP, on 31 March 2020. The Bill was passed on 1 April 2020.

The new Bill will become law and the emergency provisions will expire on 30 September 2020. The Government has the provision to extend them for up to 12 months if required.

Maree Todd MSP said: “This is the most comprehensive piece of emergency legislation ever to be introduced to the Scottish Parliament, and it is absolutely essential to ensure the Scottish Government’s response to COVID-19 remains a priority.”

Provisions relevant to landlords under the Bill

The new provisions relevant to landlords under the Bill are:

The Notice of Proceedings, under the emergency legislation, has now been extended. Under the old rules, the notice period was four weeks. You could only issue court proceeding after the notice period had expired, or the date on which the tenancy was brought to an end, by a notice to quit.

Under the new rules, the Short Scottish Secure Tenancies are also affected by the changes. The two-month notice period, for issuing proceedings, now applies where the tenancy has been converted under s.35 under the 2001 Act or Grounds 1, 2 and 2A of Schedule 6. Bringing a tenancy to an end, on any other ground, has now been extended to a six-month notice period.

The prescribed eviction notice has been amended, reflecting the new rules. The new rules also apply to Short Assured Tenancy Notice forms (AT5s) and (NOPs). Landlords and letting agent should ensure they use the correct up to date notice. If the wrong prescribed notice is used, possession claims are likely to be struck out.

Private Residential Tenancies were introduced under the Private Housing (Tenancies) (Scotland) Act 2016 in place of Short Assured Tenancies and Assured Tenancies. The new Bill has removed the mandatory grounds for possession and made them discretionary.

The Grounds for breach of tenancy ground have not changed; however, they remain subject to the reasonableness test.

The mandatory ground set out in S.12(2) has been repealed.

Section 2(3) however remains this is where a tenant is in arrears for at least three consecutive months, and the Tribunal is satisfied that it is reasonable to do so, then the Tribunal may grant the order for possession.

“Scotland is facing an unprecedented situation. This emergency Bill delivers necessary powers that will allow us to prioritise tackling the coronavirus pandemic.

“People across the country have responded magnificently as we work together to save lives. It is in that spirit of co-operation and consensus that we have worked across Parliament to pass these vital – time-limited – measures, “By unanimously passing this Bill the Parliament has ensured practical help will be given to many businesses and to people struggling financially because of the crisis.”