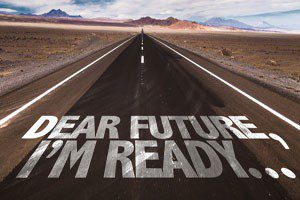 As the English and Welsh governments prepare for heavier regulation of their rental markets, is Scotland the shape of things to come south of the border?

A Scottish letting agent says it is growing on the back of increasing pressure on landlords within the country’s rental market as many become afraid of the rising mountain of legislation facing the sector and turn to more reputable agents.

Edinburgh-based upmarket agency Clan Gordon says it now manages over 500 properties in and around the Scots capital, the first time it has ever done so after adding 152 properties last year to its portfolio.

The company’s claims highlight one potential future for the English and Welsh private rental property sectors as they face up to increasing regulation and their housing market dynamics change.

Scotland is ahead of its UK counterparts, being the first to introduce a tenant fees ban, limited rent controls, a Letting Agent Code of Practice, proposed controls on Airbnb, compulsory landlord registration and recent proposals to widen the scope of HMO regulation.

Scotland is also ahead of England and last year published a revised model tenancy agreement, something the English government has yet to get to grips with.

Faced by this onslaught, Clan Gordon says this is forcing more and more landlords to both seek experienced agents or, it has seen, exit the market by selling up of through bankruptcy.

“It’s nothing less than a pivotal time for the sector – and with the approach Clan Gordon has taken, we can only see our market share continue to expand,” its co-founder Jonathan Gordon told The Scotsman newspaper.

“While some landlords and agents may look to maximise short-term gain, a healthy relationship with the tenants, which we strive for at Clan Gordon, can produce a far better outcome for all parties.”