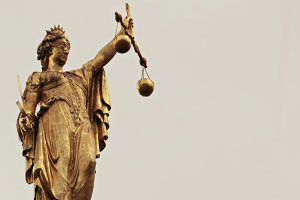 Contents hide
1 What is the government doing about Rogue tenants?
1.1 Rogue tenant bent on not paying rent
1.2 Not a matter of can’t pay, they don’t want to pay
1.3 Eviction Process a joke – It is not working!
1.4 Protect the unjust and condemn the Just

What is the government doing about Rogue tenants?

This is a letter from a landlord to our government:

I have noticed that the issue regarding the evictions postponement has seen minimal publicity for landlords in similar situations to myself. The Government’s pandemic eviction ban policy affects thousands of landlords, which detrimentally affects their mental health/well-being and forces innocent landlords, into debt!

I have had problems with my tenants, who had stopped paying their rent before the pandemic. This has caused my siblings and me considerable stress and worry.

My Mother suffered from vascular dementia and, after several years in a nursing home, sadly passed away in October 2019. Her property was rented out to help pay the nursing home fees with the Tenancy Agreement due to end in May 2020.

The same month October 2019, my mother passed away. The tenants decided to start to pay the monthly rent in arrears. However, the Periodic Assured Shorthold Tenancy Agreement, which they were both signatories, clearly stated the rental money to be paid in advance.

So, therefore, they disregarded the rental agreement. A Section 21 notice was issued in January 2020 to the tenants. The tenancy agreement ended on 30th May 2020.

They decided they did not want to leave the property or pay the rent, but I could not evict them due to the pandemic and Government ruling. However, the tenants had paid no rent since March 2020 and have been in rental arrears since October 2019.

I have since issued a further Section 21 notice. I was about to commence an Accelerated Possession Order when the Government extended the date to stop this until 20th September 2020. Until finally, on the 30th of June 2021! Now the legal system is ‘log jammed‘ by Government policies.

My solicitor has had to issue a Section 8 Notice because he considers the debt to be serious. This is the only way to expedite the eviction. But it appears the Essex County Courts (Basildon) are overloaded and, therefore, unable to issue the possession claim.

Not a matter of can’t pay, they don’t want to pay

Both tenants appear to be staying there as long as possible, as it is free accommodation, it also appears one is working, and the partner could also be working, and they can afford to run two cars! They applied for, but were not eligible for, housing benefits, according to my letting agent.

There might be genuine cases of tenants who are in unfortunate predicaments and are trying to contribute to the rent.

Therefore, I consider the actions of the Rt Hon Robert Jenrick MP housing to prolong the landlords suffering and helping the debt to accrue to be grossly undemocratic.

Eviction Process a joke – It is not working!

Unfair and preventing myself as a British citizen from my lawful rights. Also, the County Courts cannot cope with the demand for Eviction orders. This has added insult to injury. My case is now being processed by Basildon County Court, Essex.

The legal process has been ongoing since January 2020! Under the so-called Accelerated Possessions Order…… And to date, I still do not have a court hearing date or warrant of possession for our late Mother’s property!

Therefore, the Government and courts preventing me from my lawful rights have allowed a rental debt of £21,000 to accumulate, my legal costs are £2000-£3000 and still accruing.

Thus, forcing landlords into debt! Using the ludicrous legal system for debt recovery, the pursuance of this debt will incur even more costs. I am doubtful to recover any of this money, and the rogue tenants know this!

Also, by breaching my rights for the last 18 months, I believe the Government Housing Minister has caused me anguish and stress and affected my physical and mental health.

Causing me at one stage to be admitted to the hospital. To date, the situation is still not resolved. The housing minister has off-loaded the housing issues to the private sector.

Protect the unjust and condemn the Just

Earlier this year on the Gas Certification inspection the boiler was condemned. Bearing in mind these tenants have not paid any rent for over a year I was surprised with a response.

Within 48 hours the tenants had contacted Castlepoint Borough Council regarding the boiler.

Environmental Health contacted my letting agent and stipulated that if I did not get the boiler fixed or replaced within 3 days the Council would issue an Enforcement Order on me, and they would send in their own nominated plumber to install a new boiler probably at an exorbitant cost.

The Government has woefully failed to protect landlords in both my and similar situations.

Therefore, the Government Housing Minister- Must address the legal impasse and expedite the claims against the debtors, assist landlords, and compensate landlords directly.

A legal system should be implemented to pursue rogue tenants without the landlord accruing more financial loss and expense.

The present legal system is woefully costly and not fit for purpose in this scenario. Parasitic tenants who decided to accumulate their money using the pandemic as an umbrella must be penalised.

The housing minister should instigate legislation to force rogue tenants to pay back their debt within a reasonable period. This should not be at the landlord’s expense!

I have discussed the above situation, with friends’ family, my letting agent and the British Landlords Association.

Other landlords now intend to sell their rental properties due to this lawful unfairness.

The Government will be unwittingly creating another housing crisis.

There will be a lack of rental properties available, and the local councils will not cope with this crisis. Therefore, the Government should restore justice to all landlords who have been detrimentally affected.

To date, I have not had any response/reply from Robert Jenrick Housing Minister, my local MP, or the opposition party MP’S to my email and letter. It appears our Government is ‘kicking the can down the street’ and turning a blind eye to this crisis.

Dr William Masih one of the directors of the British Landlords Association said: “Having spoken to several housing lawyers in the past 18 months the situation Mr Mills is facing is not uncommon. Rogue tenants seem to be a serious problem and our politicians are silent on this issue.”

“They do not even the courtesy to acknowledge receiving the correspondence”.