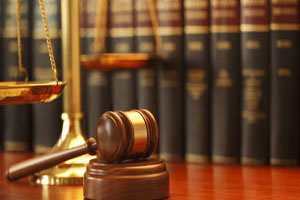 A rogue landlord has been ordered to pay back £190,000, plus costs in rent he collected from illegal flats.

Mr Olu Soyebo, from Nigeria, was issued with a confiscation order at Harrow Crown Court. Mr Soyebo was successfully prosecuted, and it was found, he had profited unlawfully from a property in Windsor Crescent, Wembley.

It came to the attention of Brent Council, who on inspection, discovered the building had been converted, into two flats. With further checks, Brent council found that the property had been converted, without planning permission in 2009. The council enforcement officers served notice on Mr Olu Soyebo.

After completion of the council’s investigation, it transpired that Mr Soyebo again reinstated the flats. He rented the two apartments separately for nine years, where he was collecting several thousands of pounds in rent.

The judge accused Soyebo of ignoring the “foreseeable risk” when he chose to convert the house.

The judge commented and added that previous infractions meant he must have known about the potential consequences of his actions. The judge cited a 2001 notice after Mr Soyebo operated a house in multiple occupation without planning permission.

Cllr Shama Tatler, responsible for regeneration, property and planning at Brent Council, said: “This is a great result and puts rogue landlords on notice that Brent Council will take strong action if they try to dodge the planning laws.”

As part of the judgement, he has three months to pay back the ill-gotten gains, or he could face a prison sentence.