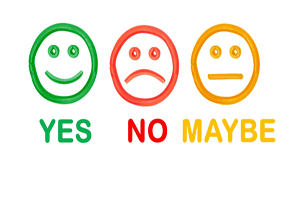 Wealthier homeowners in Surrey could be asked if they want to pay more council tax.

They would not get any extra services in return, but they would be “invited” to make additional payments if they want to.

The idea has already been used and is said to have worked in the London borough of Westminster and is now being considered for Surrey.

Surrey County Council’s leader, Tim Oliver, said he was sure some residents would be happy to make the extra contributions.

Posing the idea of the scheme at full council on Tuesday, (February 4), Cllr Oliver said: “One of the things I did raise with the chief executive, and I think we will think about, is whether we invite residents to make voluntary additional contributions to council tax.

“There is nothing to stop this council asking people to make more contribution to council tax if they so wish and I’m sure there are some residents who would be happy to do that.”

Residents living in the higher band bracket would be asked if they want to pay more council tax and will then be able to choose how much more they pay.

There will not be any extra treatment because of the additional payments and they can stick with paying just the set amount if they want to.

A similar scheme, called the Westminster Community Contribution, was rolled out by Westminster City Council in 2018.

Those living in the highest council tax band – the most expensive properties in the borough – can volunteer to pay double the amount they normally would or volunteer another amount.

The extra money is then used for specific services such as youth clubs, homelessness and tackling isolation.

Cllr Oliver told the chamber it was introduced by the then council leader Nickie Aiken, now MP for Westminster. Cllr Oliver said it had “worked”.

His comments came as councillors voted on a council tax rise in Surrey of 1.99 per cent plus a rise in the adult social care precept of 2%.

All domestic properties are split into different bands depending on their value.

Council tax valuations are based on the price the property would have sold for on the open market on April 1, 1991.

According to the Valuation Office Agency (VOA) Band H is for properties more than £320,000.

Zoopla statistics say the average house price in Surrey is around £580,000.

Cllr Nick Darby, leader of the opposition group of Independents and Residents’ Associations, told members they could afford to add two more bands on top of Band H in Surrey, due to the amount of homes that fall into Band H.

Speaking at the meeting on Tuesday he said: “It is time we looked again at council tax.

“We need two extra council tax bands at the top end covering those already in the top band.

“Those living in the most expensive houses can afford to pay more.

“The amount needed need not be huge but should rightly affect both their ability to pay and afford more and those who struggle at the bottom end.

“If this raises £3m each year there would be a choice to be made between protecting certain services and reducing council tax for those less able to afford it. In effect providing a more affordable cost of housing.”

The scheme to ask people to pay extra council tax is only an idea being considered at the moment. No proposal or set idea has been put forward yet for Surrey.