Blackpool named most at risk of repossessions

Blackpool has been named as the area of the country most at risk of repossessions, according to the latest analysis.

The Lancashire town experienced the highest number of mortgage possession claims in England and Wales between July and September last year, with 83 claims received per 100,000 households.

This puts it way ahead of even the second and third repossession ‘hotspots’ of Slough and Thurrock which saw 60 and 57 claims per 100,000 households respectively.

Sell housefast uk which helps homeowners with the prospect of repossession, undertook its investigations into the areas of England and Wales most at risk after discovering there had been numbers of claims in 2019.

What’s more, StepChange debt charity said mortgage arrears were, along with electricity bills and secured loans, a cause of concern for as many as 18% of households across the UK.

It said, typically, the average arrears amount, relative to a mortgage, is £3,005.

Robby Du Toit, managing director of Sellhousefast.uk, said: “There are resources available, should you face a possession claim or order. It’s daunting but imperative to seek guidance relative to your circumstance.”

He advises anyone concerned they cannot pay their mortgage to speak to a legal adviser first and then, in turn, their lender.

“You can speak to your lender about your arrears at any point, even if they have started legal action,” he said. “Communication – at all levels – is essential to avoid panic.” 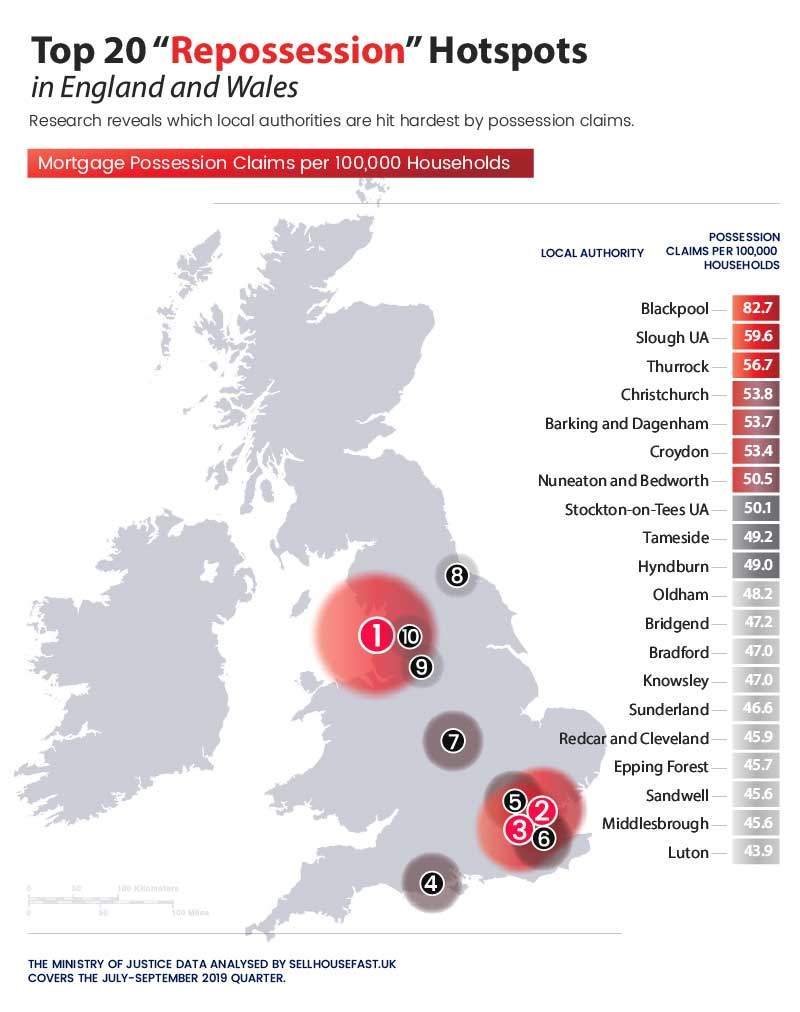