Landlords Association Recent Landlord News Quiet Enjoyment and Noisy Work where do you stand as a Landlord? 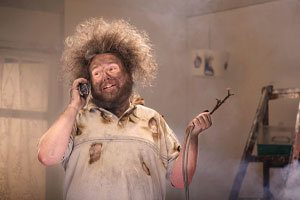 The tenant operated a high-class art gallery from the ground floor and basement of a five-storey building in Mayfair.

Under the 20 years lease, the landlord reserved an express right to alter or rebuild the building, even if the gallery (or its use or enjoyment) was materially affected. It also gave L the right to erect scaffolding temporarily, provided that this did not materially adversely restrict access to (or the use and enjoyment of) the gallery.

In 2013, the landlord started substantial works to rebuild the interior of the building from the first floor upwards to create new apartments to let. The tenant claimed that these works substantially interfered with its use and enjoyment of the gallery. The high levels of noise being generated by the works on an almost daily basis meant that staff suffered absences due to illness caused by the noise, had to wear headphones, work off-site or (on occasions) close the gallery. In addition, the scaffolding design which enwrapped the gallery in the whole building meant that the gallery was almost invisible, giving the impression that it was closed and formed part of the building site.

The court found that the landlord had acted unreasonably in the exercise of its rights and was therefore in breach of its covenant for quiet enjoyment because:

The court awarded the tenant damages equivalent to a 20% discount in rent starting from the date the works commenced until the completion date of the works. The discount for future works was instead of an injunction curtailing/changing the works method, which the court considered would be impracticable and probably unworkable.

Advice to landlords wishing to carry out building works: